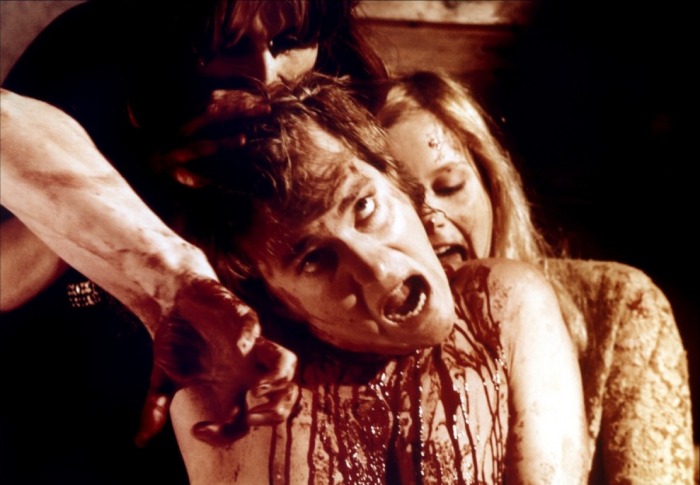 Over at The Gore Splattered Corner we just love retro Euro horror, in a class of its own without the content limits of mainstream financing some of the most shocking, nastiest, goriest, and controversial horror came out of Europe during the 60’s, 70’s and 80’s. You only have to look at how many European titles are on the infamous banned Video Nasties list to see that these guys really knew how to bring the best in bad taste and sleaze to our screens. From serial killers, to cannibals, zombies and vamps, even the subject of nazis was not out of bounds in these movies which were made with low budgets and even lower morality considerations. So if naked busty beauties and copious amounts of sex and gore are your thing check out our A-Z of Retro Horror dedicated to all the likeminded sleazy gorehounds out there!

A is for ‘The Antichrist’, (1974) also known as L’Antichristo’ is an Italian take on the Exorcist. Directed by Alberto De Martino, the story follows the exploits of a paralysed girl who becomes possessed by the soul of a witch burned at the stake. There are themes of incest, and plenty of nudity,with some strange simulated goat loving, in this sometimes bizarre incarnation of William Friedkin’s seminal piece. 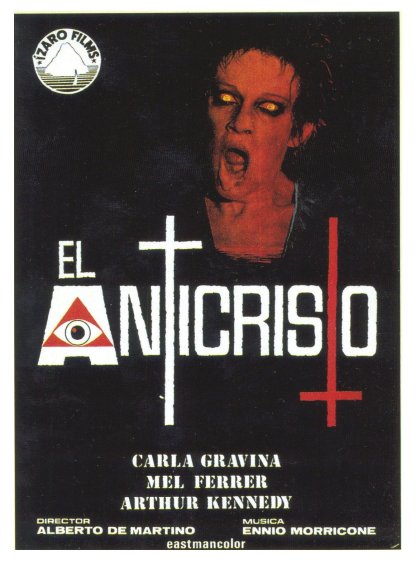 B is for ‘The Beyond’ (1981), Considered one of Lucio Fulci’s best films The Beyond is both a gory spectacle and terrifying supernatural story centered around a spooky hotel with a dark secret.  Shot on location in New Orleans with some fantastic swamp atmosphere Liza gets a whole lot more than she bargained for when she inherits the aptly named ‘Seven Doors Hotel’. The censors had a field day with this one due to the graphic depiction of gore and it was nigh on impossible to get hold of an uncut release until the mid-nineties. 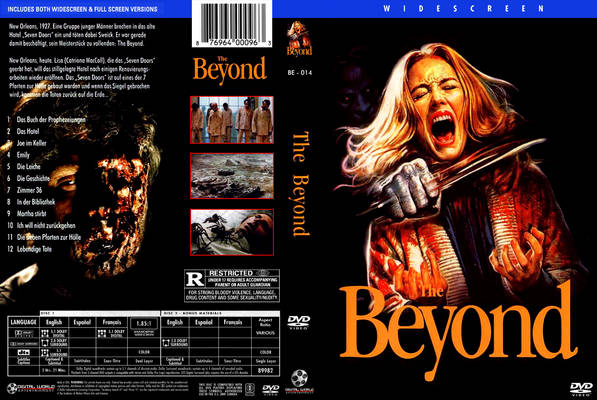 C is for ‘Cannibal Ferox’ (1981):aka ‘Make Them Die Slowly’ is Umberto Lenzi’s cannibal exploitation flick which seriously annoyed censors worldwide, with sources stating it was at one time or another banned in 31 countries. The BBFC certainly did not like it, formerly on the video nasties list with the UK version still remaining heavily cut, missing 6 minutes. In a movie which plays out like a gory version of Indiana Jones Cannibal Ferox is not for the weak stomached. 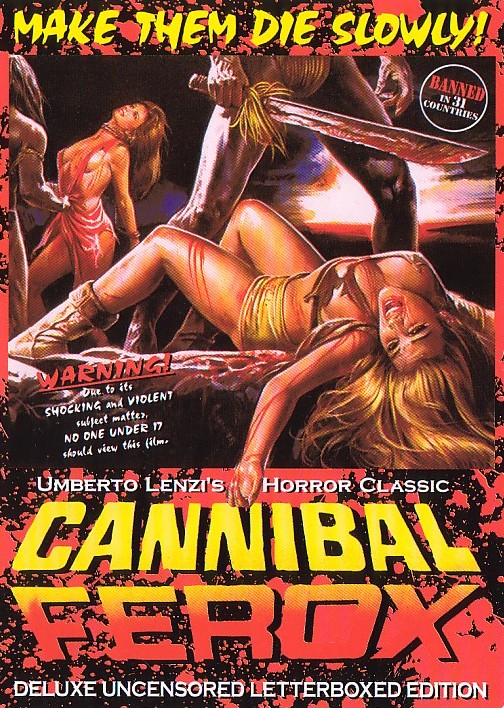 D is for ‘Demons'(1985): Directed by Argento protegé Lamberto Bava, son of Mario, and produced by Argento. Demons come to life from a cinema screen infecting those trapped inside the theatre. Great special effects by Sergio Stivaletti and an awesome 80’s hairmetal soundtrack to boot. 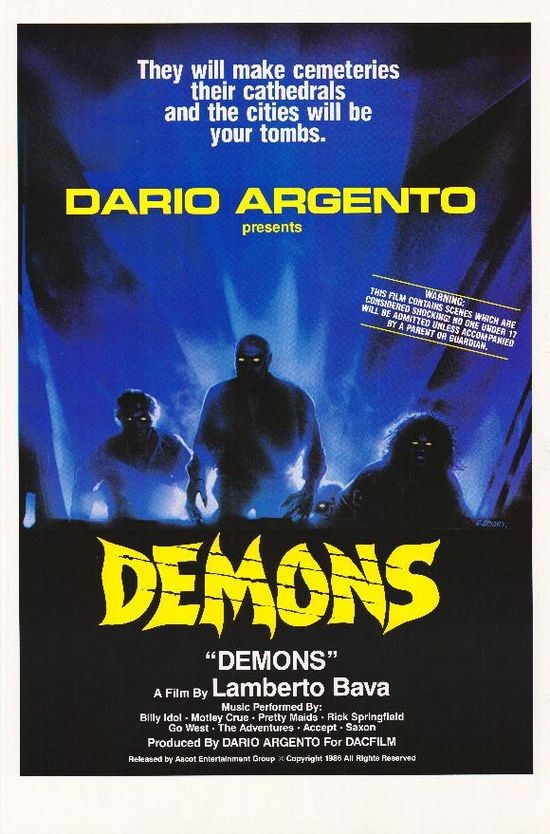 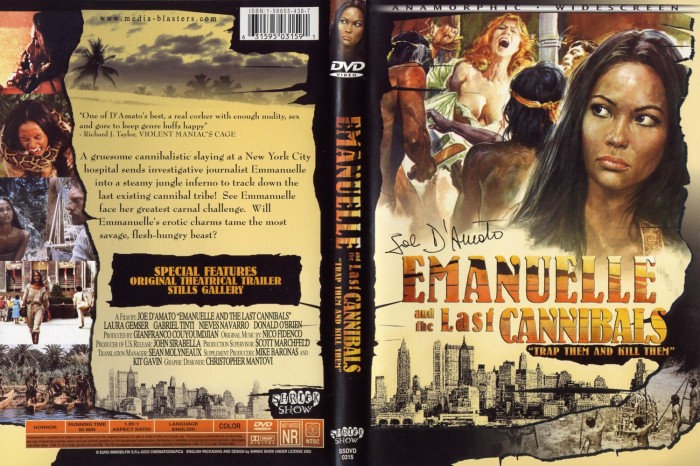 F is for ‘Faceless’ (1987): Jess Franco reworks the themes he used in his first horror film The Awful Dr. Orloff, this time with much better special effects, and also borrowing heavily from Georges Franju’s Eyes Without a Face. Faceless sees a mad nazi doctor enlisted to rebuild the face of a disfigured woman. One of Franco’s better budgeted features and most coherent storylines a good starting point to check out his work, should also appeal to 80’s slasher fans. 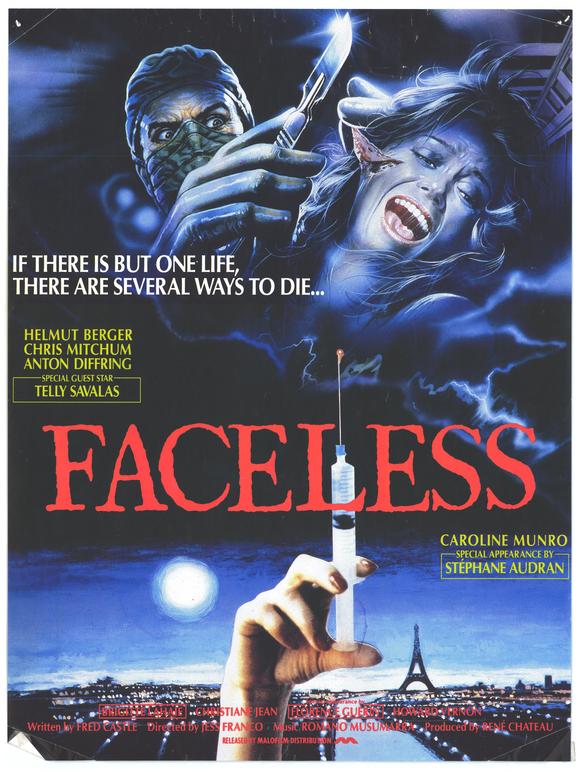 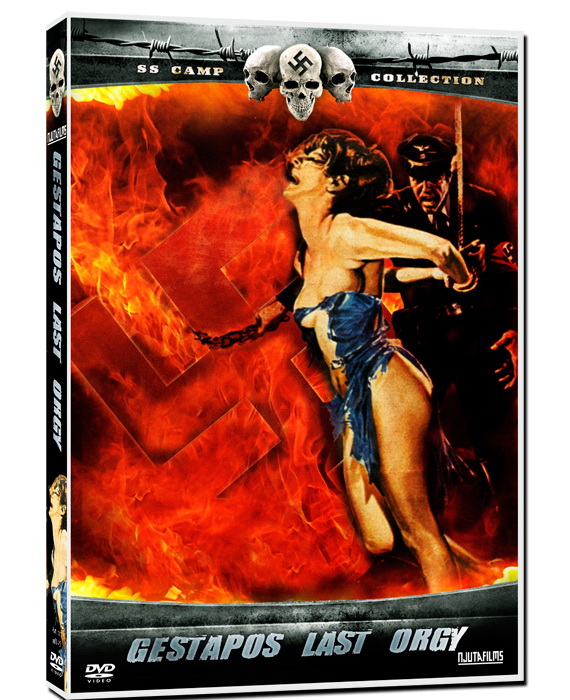 H is for ‘House by the Cemetery’ (1981): Lucio Fulci certainly knew how to annoy the British censors, and this 1981 tale of the supernatural was another title to make it onto the BBFC Video Nasties list, banned in its uncut form and prosecuted under the Obscene Publications Act, the film remained cut until the Arrow DVD release in 1999. A chilling and gory take on the well trodden haunted house theme. 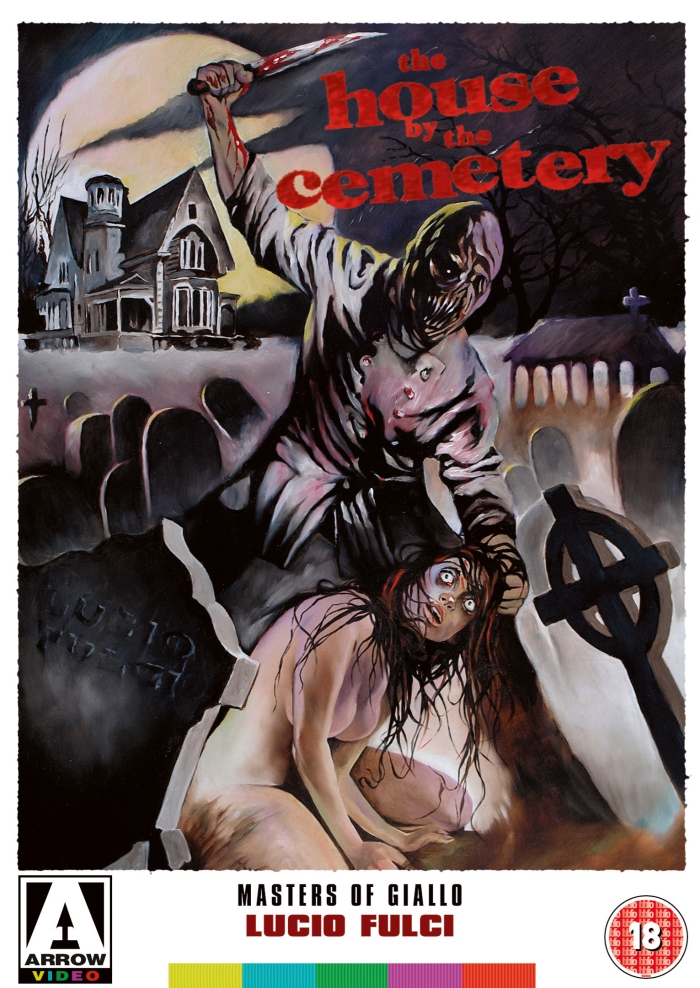 I is for ‘Island of The Fishmen'(1979) aka Screamers: Sergio Martino takes on the monster movie theme in true schlock drive-in fashion with this guilty pleasure combining themes seen in the likes of The Creature from the Black lagoon, and The Island of Dr. Moreau. Picked up on Roger Corman’s New World label and later marketed under the title Screamers, Island of The Fishmen is low on the gore and shock factors, but entertaining nevertheless. For fans for B-movie monster madness. 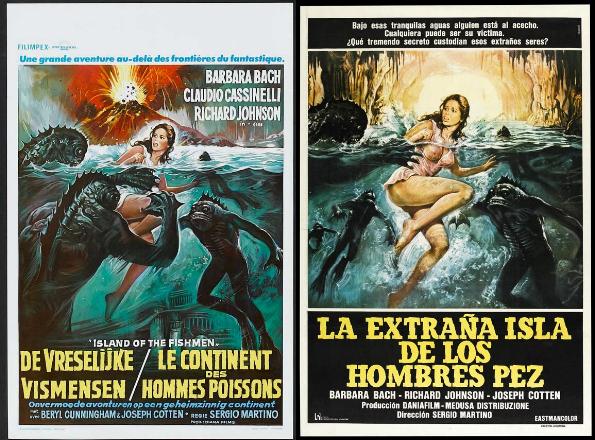 J is for ‘Jack the Ripper’ (1976): Jess Franco gives this traditional story the gore treatment in his 1976 reworking of the real life Victorian serial killer case. Resurrecting the Ripper under one of his favourite names ‘Dr.Orloff’ Jack the Ripper has been slated for being less than historically accurate, that said though it is a horror film not a history channel documentary and with production values high and the blood flowing Franco must be forgiven for taking artistic licence with this already heavily covered theme. 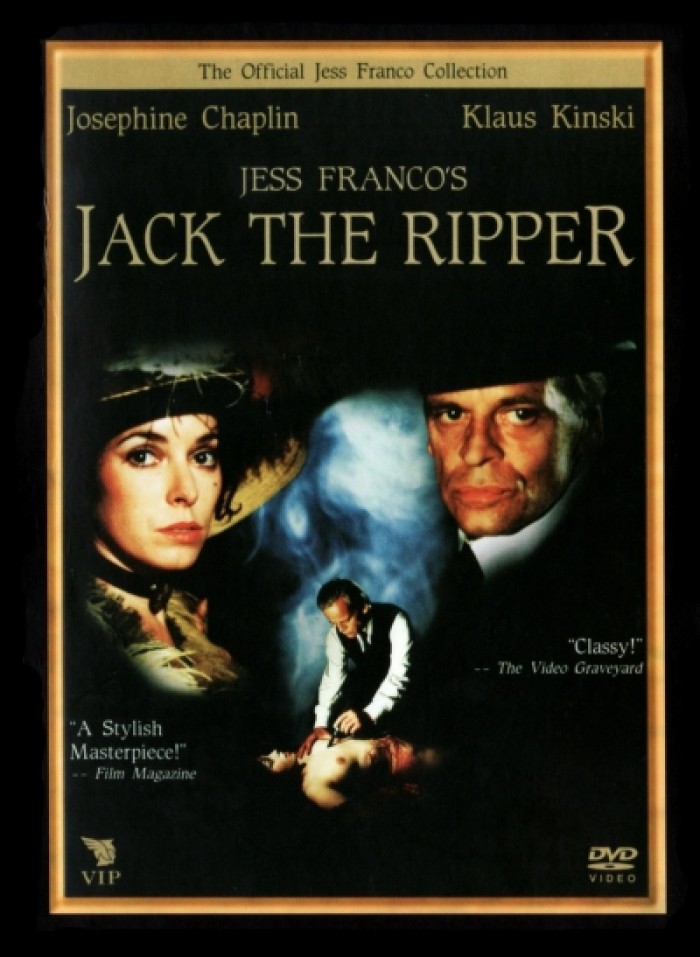 K is for ‘Killer Must Kill Again’ (1975) aka The Dark is Death’s Friend : Luigi Cozzi presents this stylish, Hitchcock style Giallo, about a gold digging  husband who procures  the help of a serial killer to aid with the swift departure of his rich wife. Cult favourite of Giallo fans. Underrated gem oozing dark 70’s cool and considered one of Cozzi’s best works. 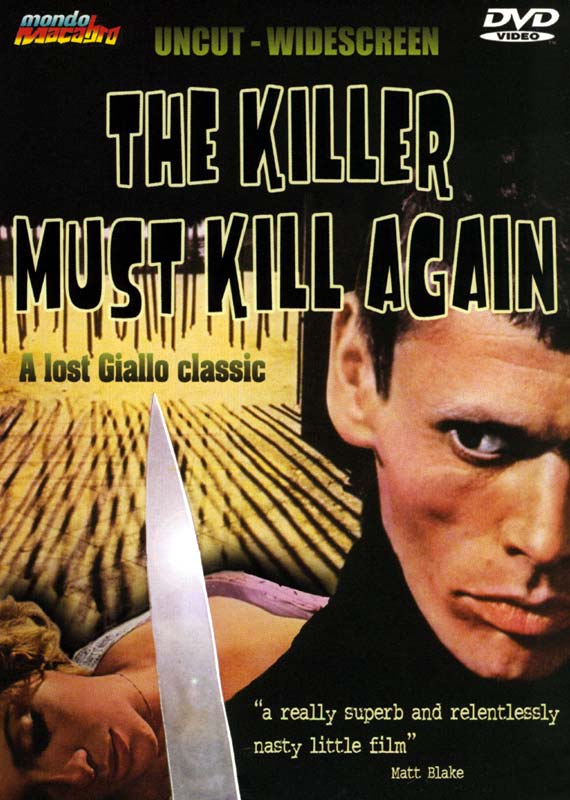 L is for ‘Living Dead at the Manchester Morgue’ (1974) aka Let Sleeping Corpses Lie: Jorge Grau presents this fantastic slant on the well used zombie theme when ultra-sonic radiation equipment designed to kill insects resurrects the dead. Some amazing scenery shot in the British Lake District, and featuring some of the most excellent examples of zombies ever to have graced the screen, this movie has become a cult favourite in recent times. A must have for any respectable zombie fan’s collection. 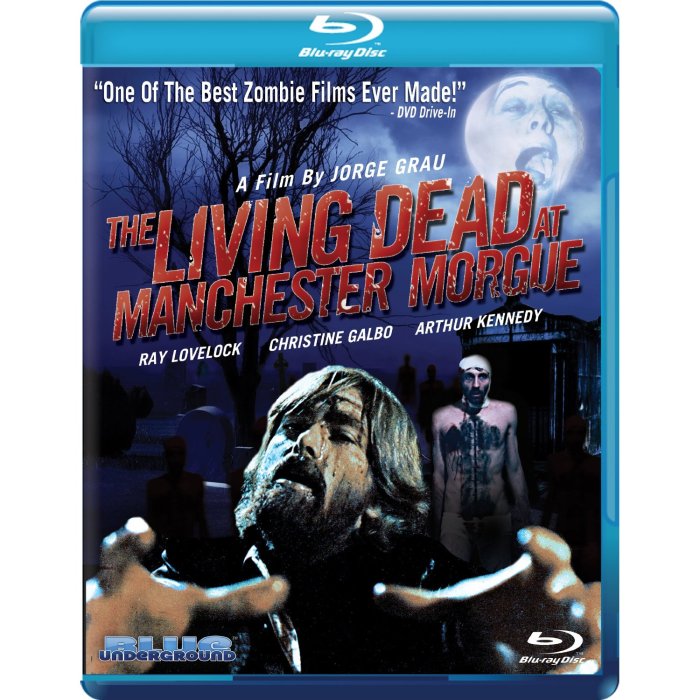 M is for ‘Macabro’ (1980) aka Macabre: One for the oddity hunters Lamberto Bava’s debut Macabre is a chilling tale of a woman who stores the severed head of her lover in the fridge after he dies in a car accident and she is unable to accept his death. While set in New Orleans this remains a strictly Euro affair in content, one for fans of cheesy early 80’s Italian horror.

N is for New York Ripper (1982): Lucio Fulci’s highly controversial slasher is a film considered such a complete abomination to the BBFC censors that the master copy was actually given a police escort out of the country when it was originally submitted for classification, and the movie was then used as a template for everything they considered outrageous in horror cinema.  Still heavily cut the high level of misogynistic violence portrayed in this film has ensured that even to this day it cannot be seen legally in the UK in its intended format. Some of the most brutal murder scenes ever committed to celluloid. Definitely one for the gorehounds.

O is for ‘Opera’ (1987) aka Terror at the Opera: Terror with a capital ‘T’ is the order of the day in one of Dario Argento’s classics which demonstrates why he is truly one of the top maestros of horror. One of Argento’s most commercially successful features this beautiful and macabre tale follows the plight of an ill-fated opera singer who attracts the attentions of a ruthless killer after reluctantly stepping into a lead role. 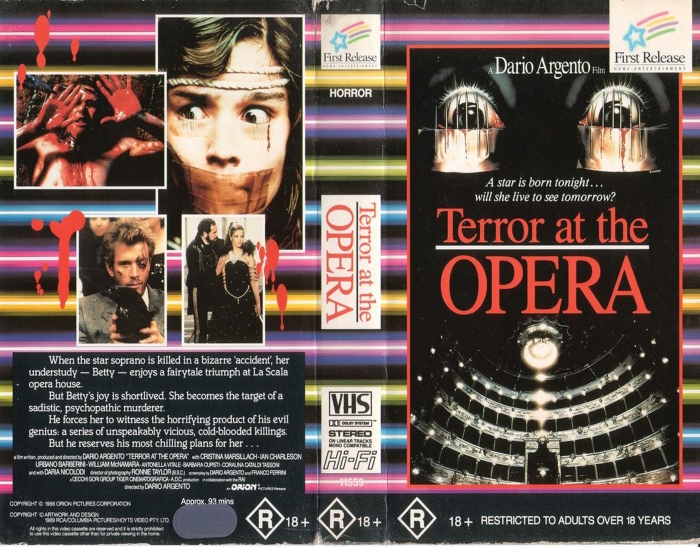 P is for ‘Phenomena’ (1985): Yet another entry by Dario Argento, we did not want to swamp this list with his titles, but his films are often so epic they could not be left out.  Main protagonist Jennifer discovers she is soon caught up in a story of horror and suspense when she arrives at a Swiss boarding school for girls. However Jennifer has a gift, she can communicate with insects and this makes for an interesting premise when she gets caught up in a game of cat and mouse with the killer. 80’s retro awesomeness which does not lose the class seen in his earlier offerings. 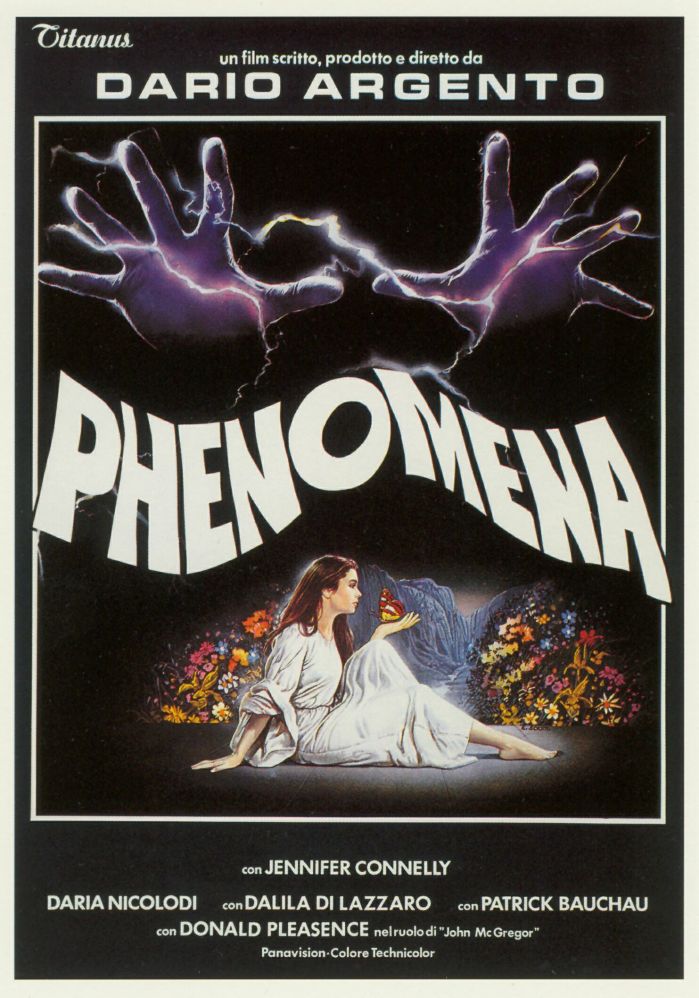 Q is for ‘Queen Zombie’ (1982) aka (better known as) The Living Dead Girl: In Jean Rollin’s tale of tragedy and love we see the zombie theme redeveloped in the form of a beautiful girl with a lust for flesh. No rotting undead here but plenty of nudity and some spectacular gory set pieces, in Rollin’s bloodiest effort. A touching story with a seriously dark theme. 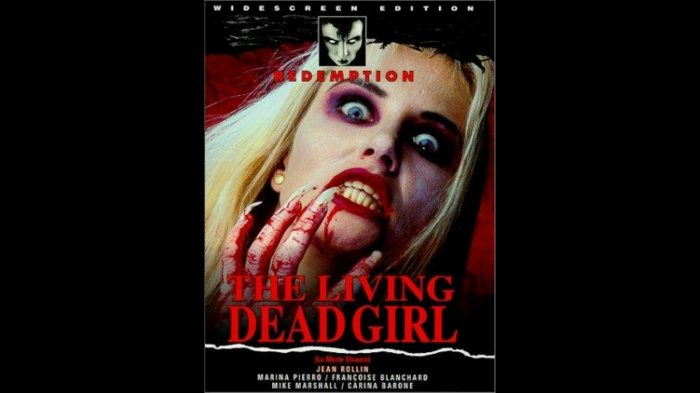 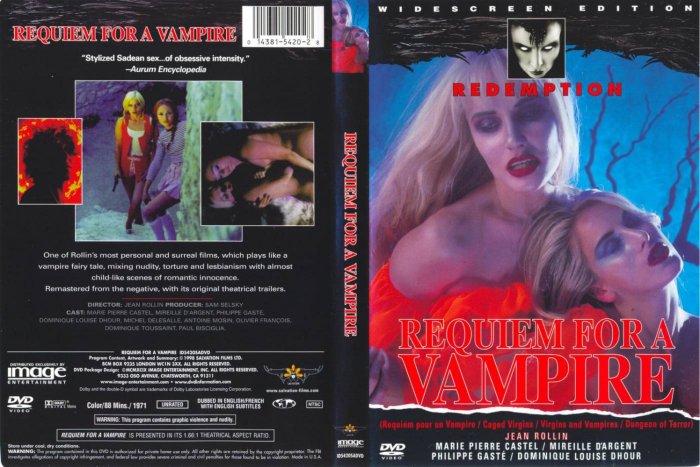 S is for ‘Suspiria’ (1977): Dario Argento’s sumptuous tale of witchcraft at an International Ballet School is widely considered one of the best examples of Italian horror. Beautiful art deco sets, some fantastic murders (one of which made number one on our recent Top 20 Memorable Deaths), and a creepy Goblin soundtrack Suspiria really packs a punch. Haunting twisted fairytale. 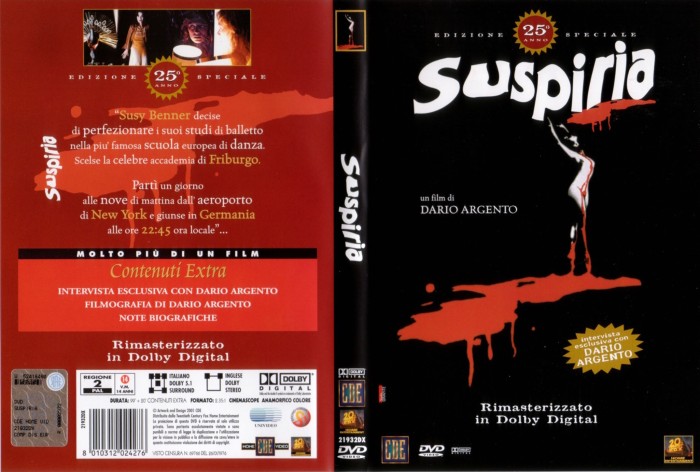 T is for ‘Torso’ (1973): Sergio Martino’s grim giallo classic has been touted as a forerunner in the slasher genre and is a firm fan favorite. Beautiful young free loving women get picked off one by one by a gruesome killer, whose favourite choice of  weapon is a hacksaw, in this atmospheric shocker  which boasts the tagline ‘Where Whores Meet Saws’. Martino directed a number of Giallo movies, but this is widely considered one of his best. For fans of Italian horror and slasher movies. 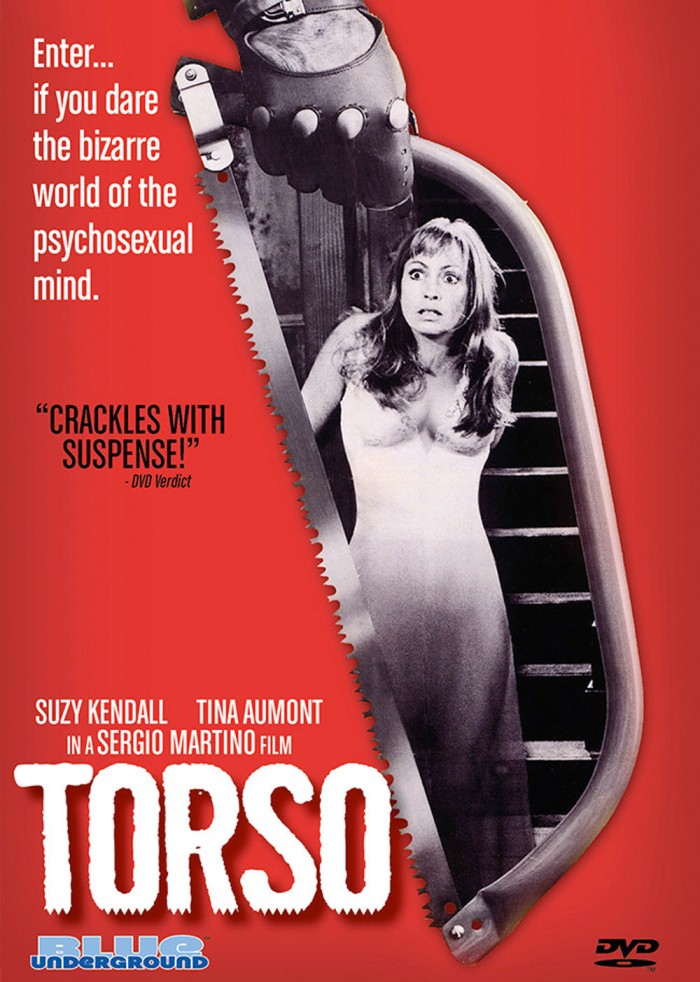 U is for ‘Ultimo Mondo Cannibale’ aka Jungle Holocaust, Last Cannibal World: Not one for the faint hearted Ruggero Deodato’s precursor to his controversial offering Cannibal Holocaust, shows all the hallmarks of what was to come. Not as explicit as its video nasty successor however still a showcase of grotesque gore all the same, with graphic content which annoyed the censors including full frontal male nudity. 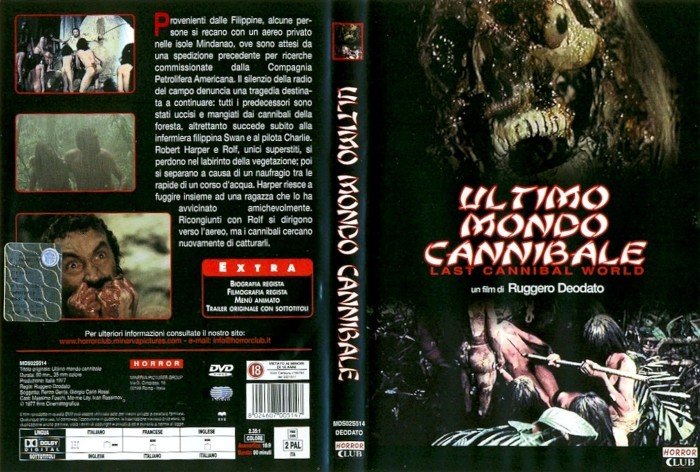 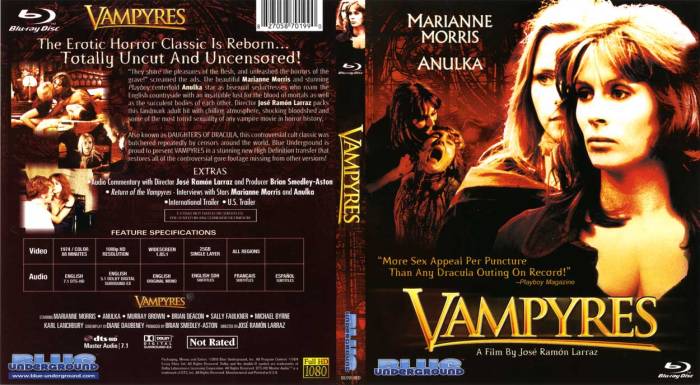 W is for ‘Who Can Kill a Child’ (1976) aka Quien puede matar a un nino?,Death is Child’s Play: Killer kids are the order of  the day for this creepy shockfest directed by Narciso Ibanez Serrador. When vacationing couple land on a deserted island they find they are not alone when it becomes apparent it is inhabited by murderous minors. Slyly remade in 2012 as ‘Come out and play’, the remake does not compare to the terror captured in the original. 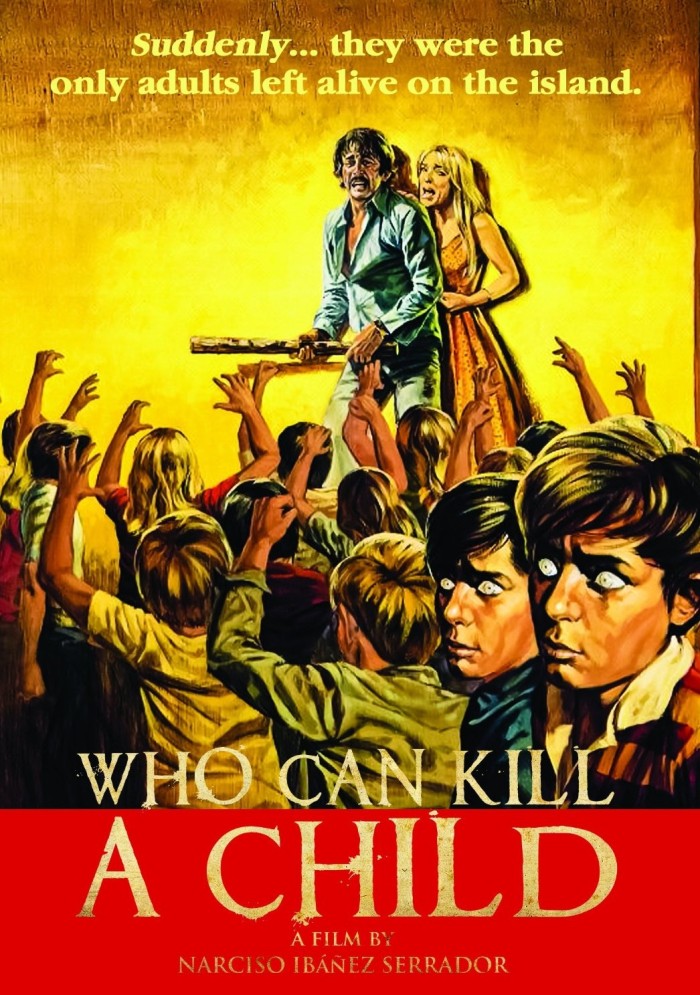 X is for ‘Xtro’ (1982): Our only submission of a British horror here, strictly because we think Brit horror by and large differs from the ‘Euro’ feel of its Italian, French, German and Spanish counterparts, (therefore deserving a sub category of its own) however finding any film with X in its title was near impossible when narrowing it down to European retro releases. A tale which uses alien abduction as a premise for terrifying consequences Xtro is one of those oddties which could only have come out of the 80’s. A title often seized during the video nasties witch-hunt Xtro was never actually on the official list. 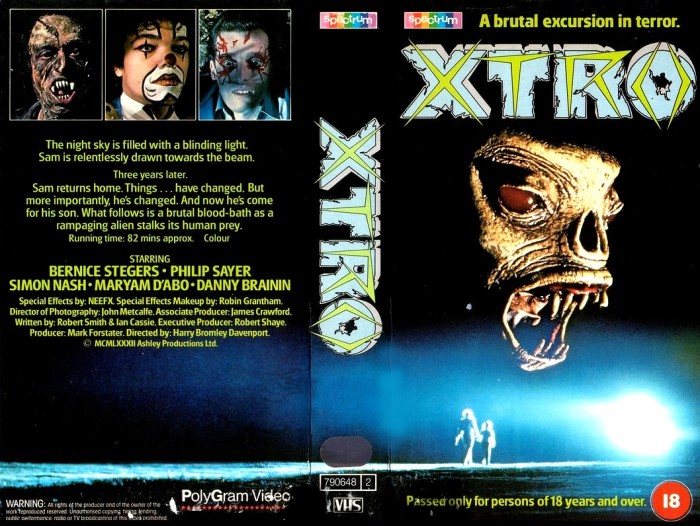 Y is for ‘Your Vice is a Locked Room and Only I Have the Key’ (1972) aka Gently Before She Dies, Eye of the Black Cat and Excite Me!: Another Sergio Martino Giallo which takes its inspiration from Edger Allen Poe’s Black Cat. Featuring themes of sadomasochistic violence, domestic abuse and murder in amongst some sleazy psychedelic 70’s sex this gothic tinged brooding thriller is a must for fans of dark Italian cinema. 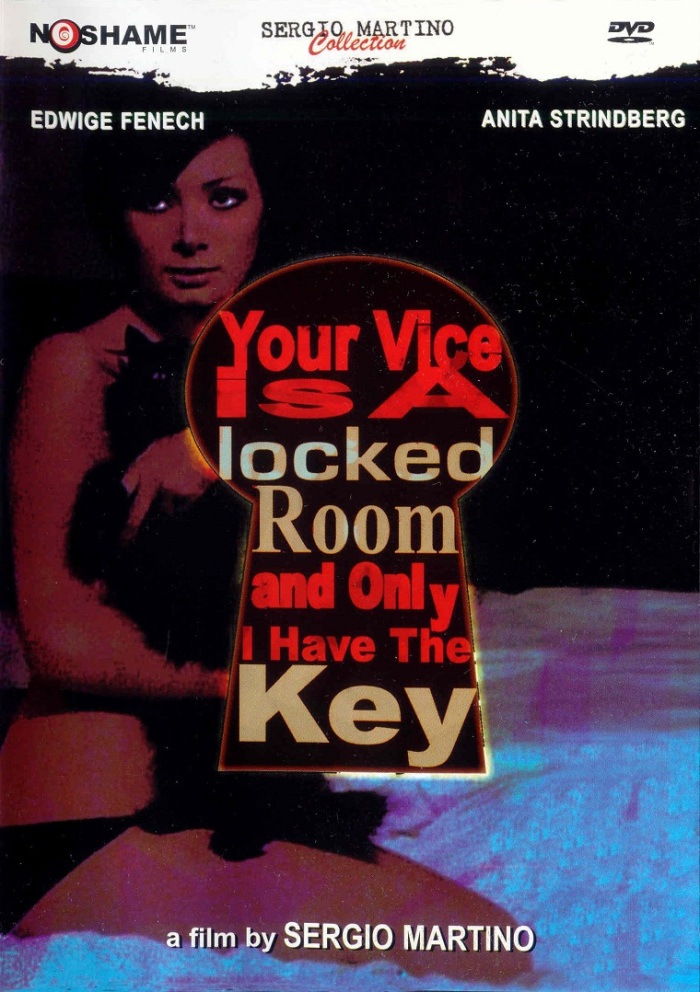 Z is for ‘Zombie Holocaust’ (1979) aka Zombie 3, Doctor Butcher M.D: Now we did toy with doing the obvious classic and spectacular  Fulci’s Zombie Flesh Eaters for this addition, however we did not want this article to read like a stock standard list, although Flesh Eaters is a massive fave over at The Gore Splattered Corner. So instead we have decided to turn your attention to this little oddity from director Marino Girolami, which was one of the few films to combine both the elements of zombie and cannibalism into one film. Although this pic does have obvious similarities to the aforementioned Fulci feature it also develops on this theme by throwing flesh devouring humans into the mix in the form of cannibalistic natives. A delightful exercise in gore and bad taste.