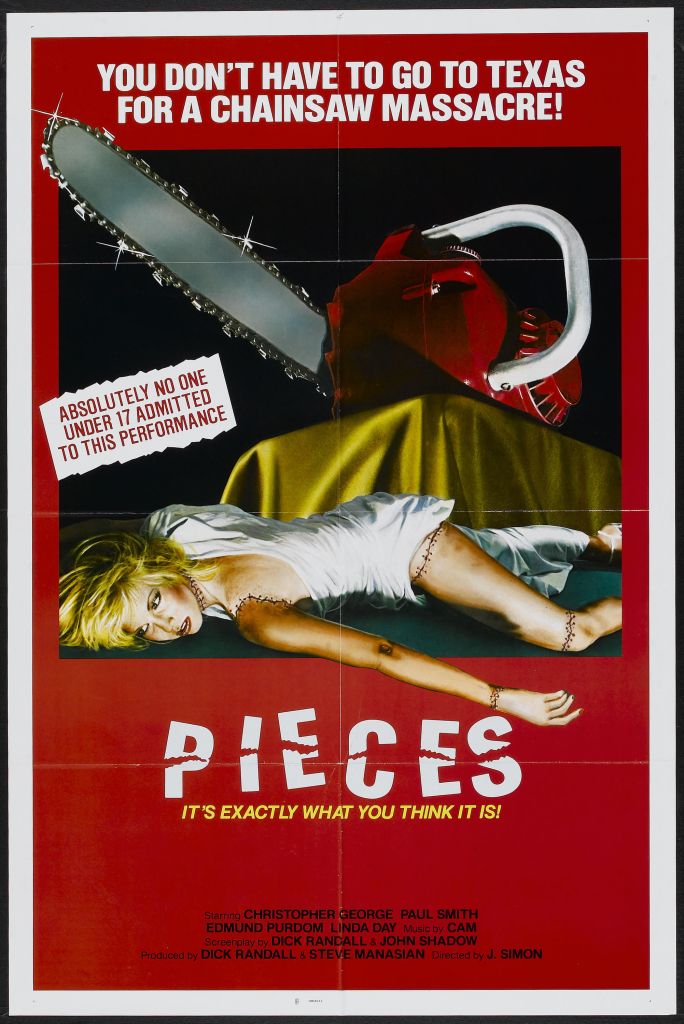 Following on from our WTF?! moments of horror, and seeing as this little gem earned no less than two scenes in this collection of ten, we thought it only fair to do a little review of this fantastically off the wall early 80’s European interpretation of an American slasher, directed by Juan Piquer Simon. Pieces has become a cult favourite over the years, and it is a shame that it isn’t as well known as some of the American additions to the Slasher genre because it has to be one of the best slashers I have ever seen, and I have seen a few so that is saying something. So what does Pieces have to offer? Well for a start it has completely over the top gore, right off the bat, even the opening scene features a bloodbath over a jigsaw puzzle. To add to this there is some brilliant nonsensical dialogue and lines that will stick in your head forever such as the cops when asked if they have any leads… ‘Who knows? Right now we’re just buying clothes without labels and trying them on for size’, and Linda Day George’s shrieking round of BBAAAASSSSTTTTAARRRDDD (see our WTF?! post on the main site for this clip). But then what do you expect if you leave the writing in part to prolific Italian exploitation and sleaze merchant Joe D’Amato (credited as John Shadow). Amongst the cast are Euro Horror star Jack Taylor, the afforementioned Linda Day George, her husband Christopher George (who incidently died of a heart attack a year after this came out) and Paul L Smith as the creepy caretaker Willard, who is better known for his roles in Midnight Express and as Bluto in Popeye (1980)- totally off topic one of the first films I ever saw in the cinema! In terms of plot, amongst the graphic chainsaw killings by the mysterious black gloved murderer, we have some totally irrelevant moments slotted in for what seems like no apparent reason like a girl smashing through a plate of glass on a skateboard, never to be seen or mentioned again, and a kung fu fighter who pops out of the shadows and turns the film a bit Jackie Chan for two minutes (there is a story behind this but that is way beyond the scope of this mini review). All the nonsense only adds to Pieces charm, I don’t know why, but it works, even though it shouldn’t. So if you haven’t already seen this, what are you waiting for? It is trashy, gory, entertaining as hell and a bloody good laugh! Check out the Arrow release for an amazing bunch of extras too! 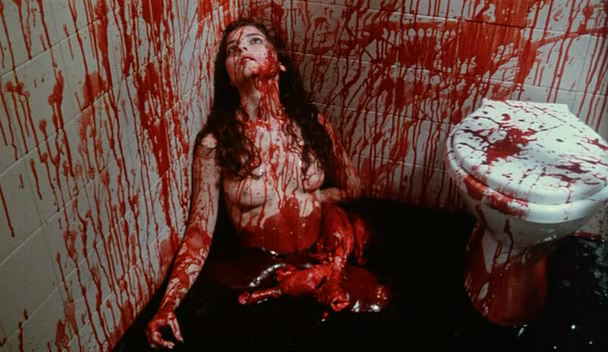 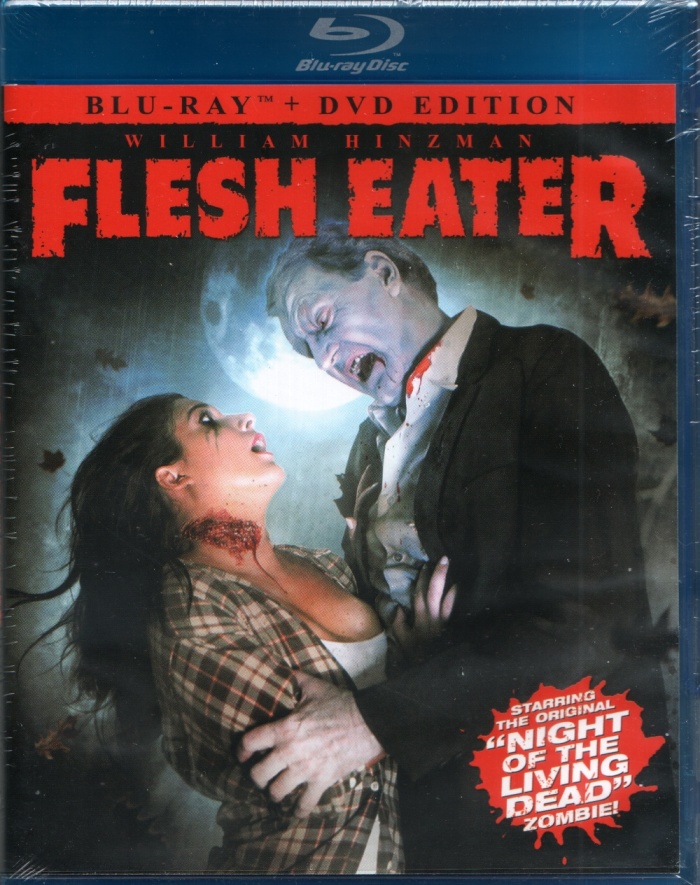 So the story goes Bill Hinzman, aka Zombie number 1 from George Romero’s Night of the Living Dead, was so taken aback by the amount of fans obsessed with the zombie genre when he visited a convention that he thought he might as well make his own movie, hence Flesh Eater was born. Now the film itself borrows very heavily from Romero’s original outing in part, it is also cheap, shoddy in parts and the acting leaves a lot to be desired. Now never being one to let details get in the way of a good gorefest, all this aside, I have to admit I really enjoyed this movie, loved it in fact. And why did I love it you ask? Well apart from the fact that for any of you that have come to know me will know by now that I just love trashy low budget horror, this was not the only win factor for me, no, it is the insane headcount featured in this film which won my heart. As soon as the inevitable zombie rising occurs it is an all out bloodbath from start to finish, as the story leaps from scene to scene of utter mayhem and zombie carnage. Hinzman himself does a very good job, but the real star of the show is the special effects, because for a low budget affair they are pretty darned good. The Stax Entertainment release we have (star label there folks, incidentally purchased for a quid in UK budget store Poundland) also includes a fabulous featurette on the making called ‘Back to the Woods’ which examines some of the inspired techniques employed by special effects artist Gerry Gergely. Back to the film, well Bill and his undead hoarde set out on Halloween night marauding about and killing off an entire town. The methods they employ are far more inventive than the usual bite and chow modus operandi, these zombies can use weapons (excellently demonstrated in an early scene featuring a pitchfork). Bill also stops off to do a little Trick or Treating on the way and picks up a light snack in the form of a small child (see our Tumblr page for an animated gif we posted on this scene), the child in question being played by Bill’s own real life daughter Heidi, and shortly after this manages to rip off a towel to expose a girl naked as he chomps down on her neck. My favourite scene however involves a loud mouthed drunk who is hosting a Halloween party in a secluded barn who accidently invites a bunch of zombies in thinking they are Halloweeners in costume, what happens? Well you can imagine, but if you really want to know you are going to have to watch the film! Great fun, and proof that despite the over saturation in the zombie genre at this current time, there are still some gems out there, if you look hard enough. 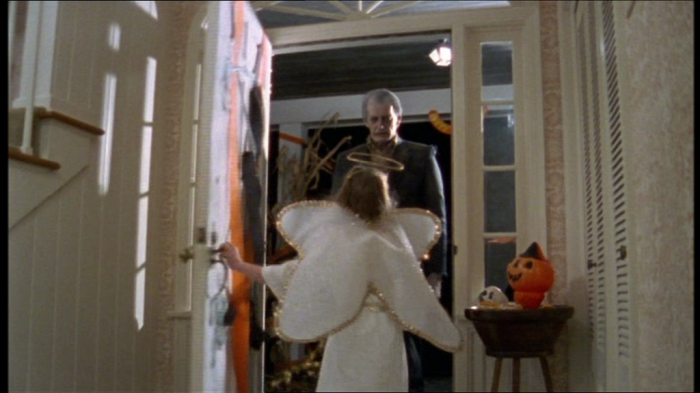 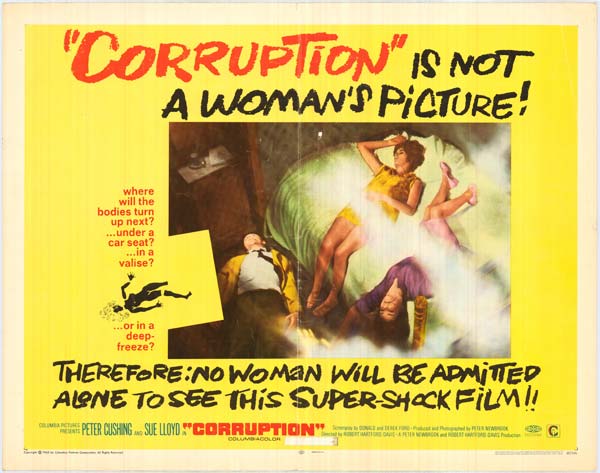 Now I have to admit I have always had a little bit of a soft spot for Peter Cushing, but then what self respecting horror fan hasn’t ? One thing I have always admired about him is no matter what the conditions, or the ridiculousness of the lines he is spouting, he always remains the consummate pro and the perfect English gent. It was out of a conversation about Cushing’s pro-gent qualities that I was recommended this film Corruption, and on hearing the synopsis and being fed a couple of titbits I knew I just had to see it. Before I begin if you are going to track this down make sure you get the Grindhouse Releasing version because the UK copy of this is cut and has the highlight of the entire piece taken out. Corruption is a Brit affair and could not be any further removed from the usual Peter Cushing roles, such as the work he did for Amicus or Hammer, in fact it runs more in the vein of a sleazy Norman J Warren flick or something by Pete Walker. Interestingly the director Robert Hartford-Davis also worked with Cushing on the anti-climactic and equally bizarre Incense for the Damned (1972), which I was not particularly fond of, so when I saw his name attached my hopes were a little dashed as to the potential quality. I was wrong however, this movie is a jewel in the crown of Brit Sleaze horror, it’s gritty, dirty, and has a sort of lurid quality which you do not usually associate the name Peter Cushing with, and that is part of what makes it so great. Cushing excels in his role, playing a gifted surgeon Sir John Rowan, who after an unfortunate incident where his much younger, and glamorous girlfriend Lynn gets her face burned off with a lamp, sets about stealing the faces of others to restore her lost beauty. Part of the genius of this film is the impending mental breakdown portrayed on the face of Cushing as he slips further into desperation and despair. Cushing finds himself in some pretty difficult situations as well, in a swinging party full of hippies for one, where he ends up in a scuffle after someone refers to him as a ‘toffy nosed twat’, and also wrestling with a topless hooker for another. The murder scenes are fantastic, and not without some gratuitous gore and a bit of breast which is always welcomed. As for the supporting cast well they do a fine job especially Sue Lloyd as girlfriend Lynn (anyone remember trashy Brit soap Crossroads?), and Kate O’ Mara as her sister. I also have to mention the cinematography in this film which is splendid, especially in the Cushing ‘lunacy’ scenes where the use of strange angles and close up shots set the tone perfectly. To see Peter Cushing rolling around on the floor, hair all over the place, with his hands on a prostitute’s boobs, well I never thought I would see the day I would be writing about that! All I can say is seek this out if you can, I promise you will not be disappointed; this one is definitely going in my cult classic section. 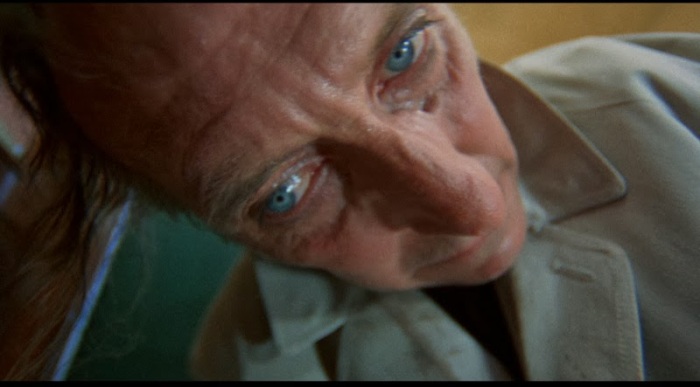