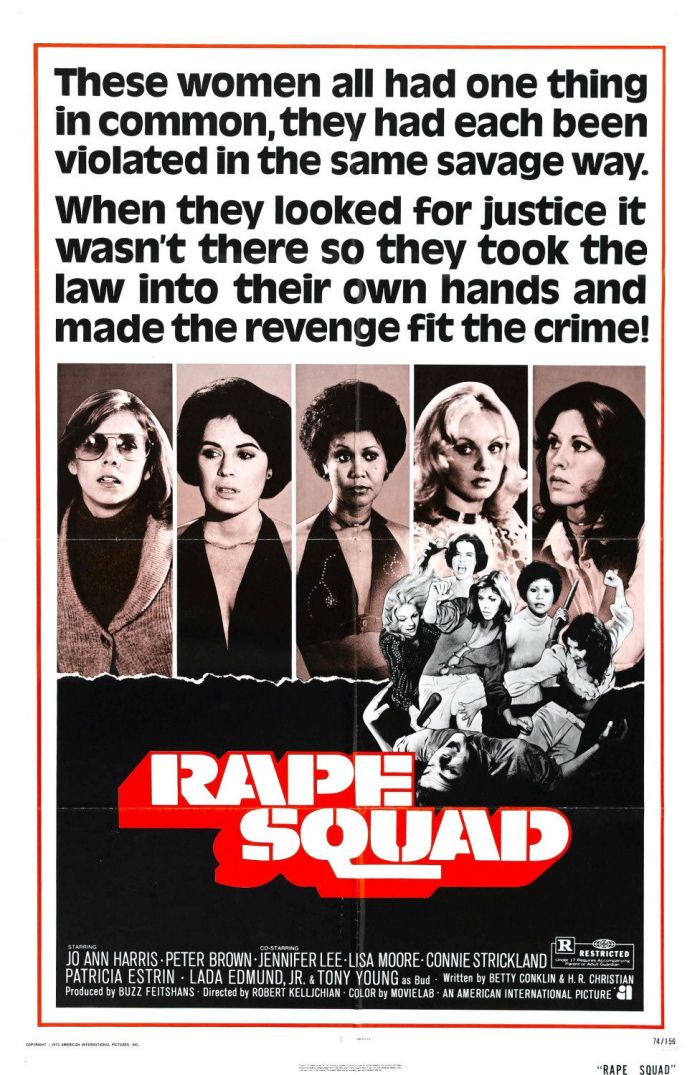 Linda is a happy go lucky girl with a steady boyfriend, until one fateful day she is raped in the most henious way possible, and forced to sing Christmas Carols while she is being degraded. After going to the police and finding no solace in the law, and getting no support from her boyfriend she teams up with some other rape victims and forms a kick ass team of ladies ‘The Rape Squad’. These ladies are going to track down this Jingle Bells rapist and make him pay, as they will all the other men who get in their way.

I am probably going to regret this opening statement ,but bear with me, all will become apparent in this review. If ever there was a film which brought unintentional comedy to the subject of rape this is the one. I can already hear the baying hounds salivating at that last sentence, but it is not meant to offend, the fact is this film is so fantastically silly you can take nothing serious away from it, let me explain…

Obviously this whole vehicle for the rape/revenge synopsis comes from a dark subject which some of the women involved in the central plot fall victim to. You have to remember this is a trashy exploitation film, not Jodie Foster in The Accused, so no matter how serious a tone they may try to put on it, the 70’s jive talk, cheap polyester fashion and crummy acting take away any power from the plotline, and that is not even factoring in the rapist, or more specifically ‘The Jingle Bells Rapist’. Yes Ladies and Gentleman, a rapist named after a children’s christmas carol, and that is about as menacing as he gets, incidentally he also dons a boiler suit and a hockey mask (cue obvious comparisons to Michael Myers and Jason Vorhees). This guy gets off on taunting his victims, promising to ‘ring their bell’ and making them sing the aforementioned ditty while he molests them. Personally I believe for a good rape/revenge story you need the actual act of rape to be taught and dramatic, but the fact that this cheesy guy brings such a ridiculous notion to the fore just undermines any drama that could be created here. He also boasts of how good in bed he is despite only lasting two seconds, yes we have a real winner here.

So the lead girl Linda (Jo Ann Harris) falls victim to this 2 second ordeal and barges off to the cops, receiving no help she starts to get slightly irate over the situation. Adding to the cheesy vibe of this picture (and obviously a direct attempt by the makers to justify the subject matter) all of the men involved are complete shits, first example of this comes from the cops when Linda encounters two in the hallway discussing how rape victims should lie back and enjoy it, or words to this effect. There are also a set of bystanders who remark to one of the women in a parking lot that ‘a little rape once in a while makes life more interesting’. Even Linda’s boyfriend (played by none other than  Steve Cannaly,’ Ray Krebbes’ of Dallas fame), shows no sensitivity to his girlfriend’s plight, suggesting she somehow asked for it. So to get back to the plot following an attendance at a bizarre identity parade, believe me I have no words to describe how hilarious this scene is, some of the jingle bells rapist’s victims clan together in sisterly solidarity. If the cops are not going to take them seriously they are going to take matters into their own hands. So the Rape Squad is born, initially to help out other victims and set up a support line. The respective girls involved think this is a good idea because one of them read about the concept in a women’s magazine (one clue to the fact that despite being credited as being written by Betty Cronklin- it happens to have been penned by a man). However after attending karate classes (complete with a practice dummy which has the word RAPIST daubed all over it) they take things up a notch, and in the process welcome a Black Belt Karate mistress into their fold. I must say this may seem like an extensive plot breakdown, but this is just the start of it, there is so much more to come.

Being an exploitation film the central plot line serves only to introduce the following two elements, having women naked and having women kicking ass. The film succeeds on the naked score, but does not fair so well on the kicking ass front. A slight oversight but only one of the women can fight, Karate Mistress, all the others can do is squeak insults and throw a guys cushions around his apartment and mess some stuff up. There is a really enjoyable scene when they set upon a violent pimp guy though, as well as capturing a phone sex pest threatening to make sure if he continues he will be ‘known all over America as Mr. Shit’. This is basically the entire plot set up, angry women take ‘revenge’ on sex pest men, while a rapist lurks in the shadows and the cops are so unconcerned that it is up to these revenge fuelled ladies to catch him. Like I said before, this film is just plain silly and despite the close to the knuckle subject matter I fail how anyone could find it remotely offensive. The characters are black and white, all women are victims, all men are sex predators, that there is no way you can take it seriously in the slightest. You only have to look at director Bob Kelljan’s repertoire of directing projects to get an idea of what to expect, the two Count Yorga films, Scream Blacula Scream, and then directing spots on staple 70’s tv shows like Wonder Woman, Charlie’s Angels, The Dukes of Hazard and Hill Street Blues to name a few.

As far as the cast go well there are some obvious variations in acting ability. Jo Ann Harris’ performance  in the lead of Linda wildy sways from teleprompted woodeness to over exaggerated rage and melodrama, but this makes the film, giving it an unintentional tongue in cheeky quality. The supporting actors all fill their screen time adequately , but there is no one who really stands out, with some being noticebly weaker than others. All the girls have a certain amount of attitude in a cliched 70’s made for television way, the cops are completely inept, (as dictated by the script) and Steve Kanaly as boyfriend Tom just spews out his lines but you do not really care enough about his character to pay attention to what he is saying. I will try and be fair though and say there is not a lot for the actors to work with here given that the script is nonsensical. People seem to act completely in opposition to the rules of normal common sense, and far being from me to judge, but some of the girl’s reactions and behaviour following their respective violations just seems to be in the realms of fantasy. Standing out above all the others though has to be Peter Brown’s performance as Jingle Bells, because he is just hilarious and seems to really relish his role, pounding out his lines in a hick drawl it is a wonder he manages to keep a straight face (or does he? He is masked for most of his role).

You would expect that a rape/revenge film would be nothing short of harrowing and powerful, and indeed they can be when done in the right way. However Act of Vengeance without the rape subtext would be nothing less than a cheap, feature-length, cheesy 70’s cop/vigilante TV show. There is no graphic violence here and the molestation scenes can be described as mildly uncomfortable at best (this based on how sorry you feel for the actors having to spiel out the ridiculous lines they have been given). That said however it is a hell of a lot of fun when it shouldn’t be. The inappropriate dialogue, two dimensional characters, rousing cop show funk soundtrack, bags of nudity, hilarious scripting and performances which range from wooden to over the top melodramatic combined makes this an entertaining watch. You just have to take it at face value, it’s crummy 70’s filmmaking, trashy, sleazy, and fun, accept this and you are in for an enjoyable 86 minutes. 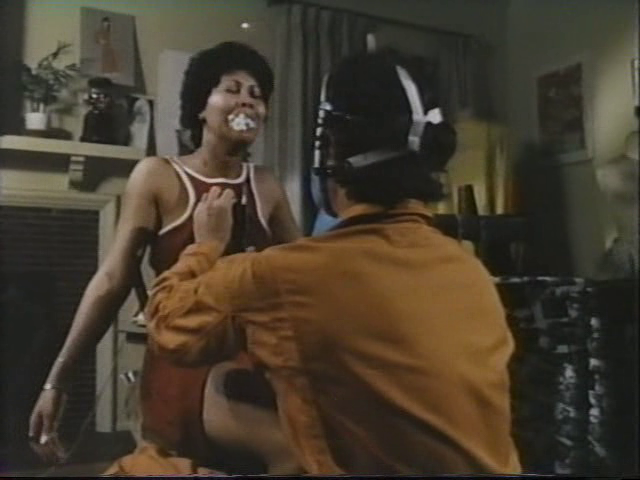 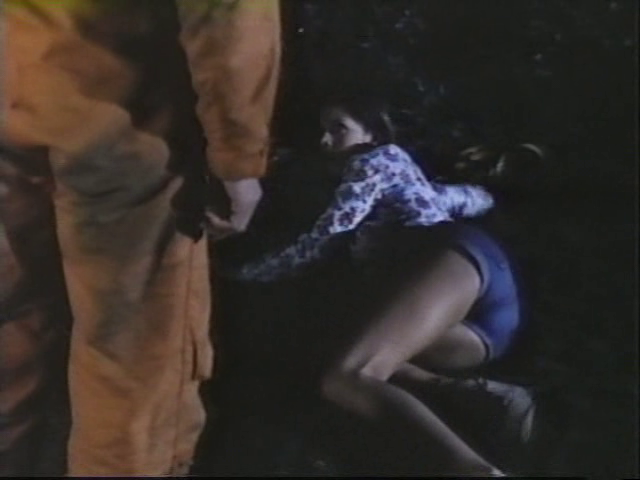 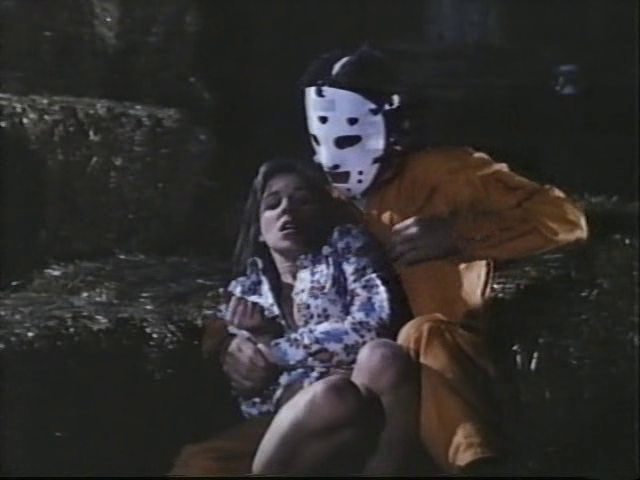 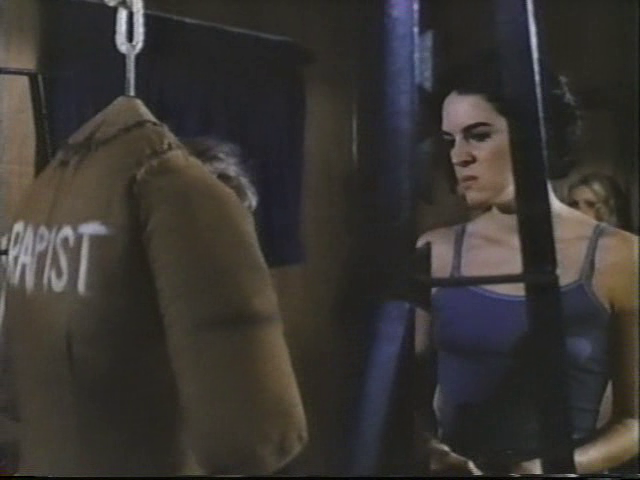 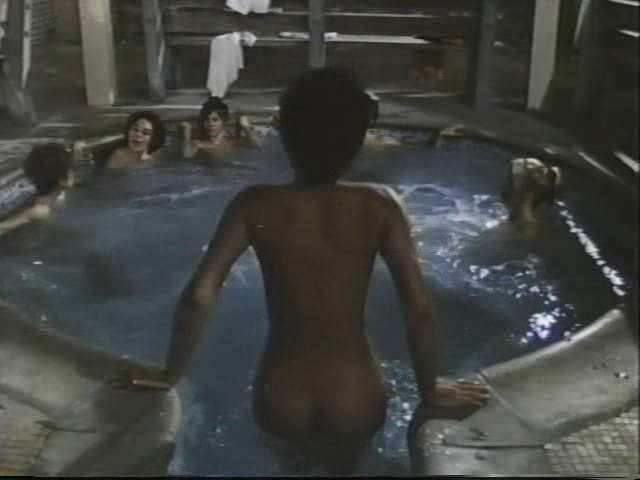 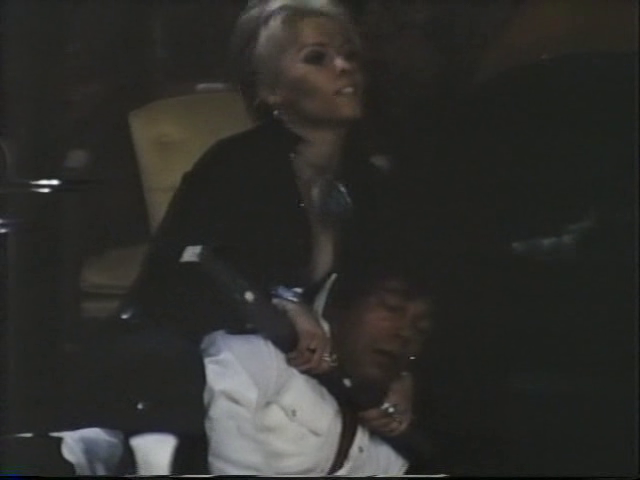 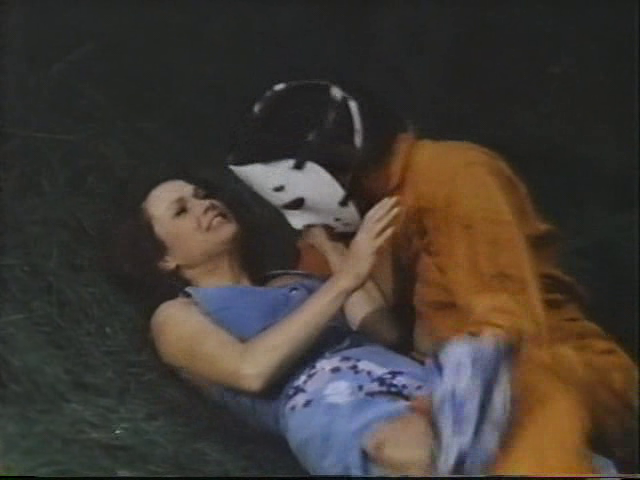 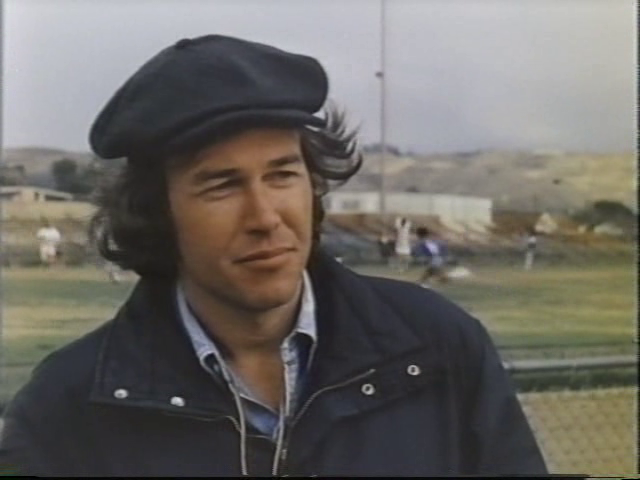 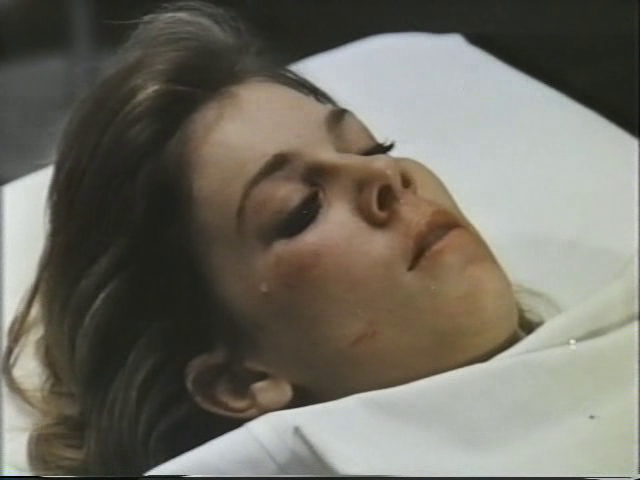 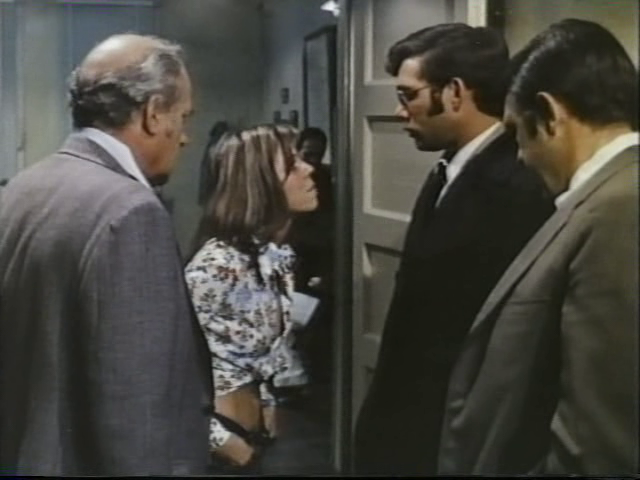 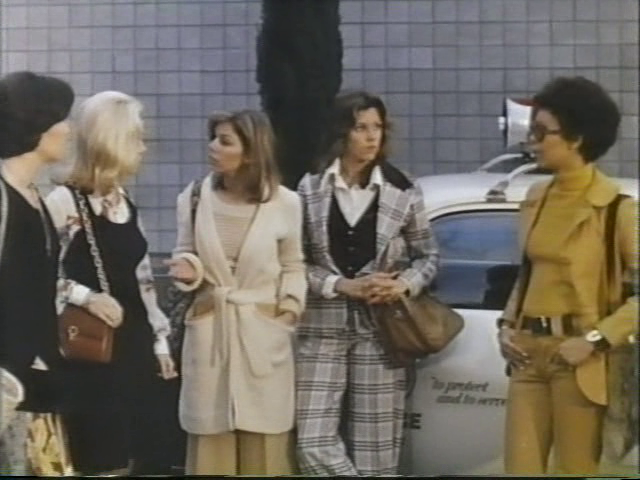 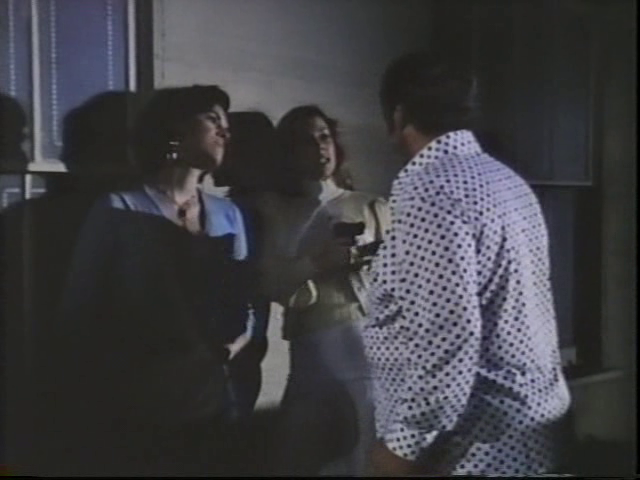 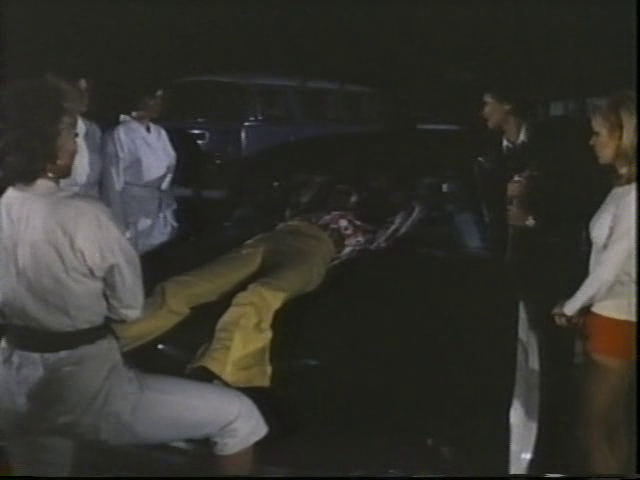