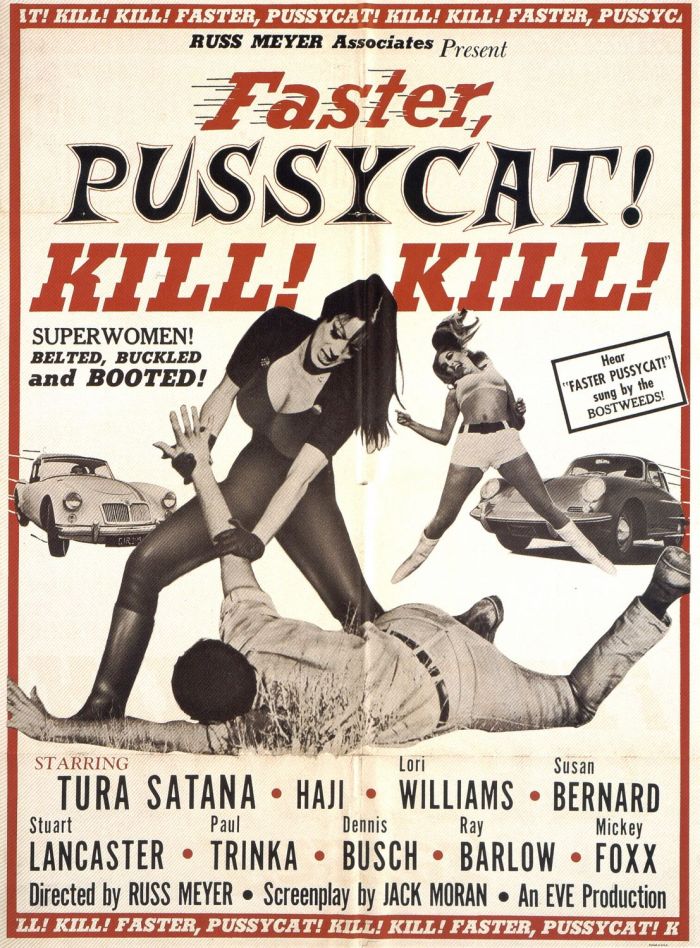 When go-go dancers Varla, Rosie and Billie stumble across a smug all American boy and his girlfriend  in the middle of the desert things get heated in more ways than one. After accepting Varla’s challenge to a race and losing to her, the boy  is keen to demonstrate he won’t be dominated by a woman. For this he pays with his life. On the run and taking the dead guy’s girlfriend along with them for the ride, the gang think they have found the answer to their prayers in the form of a miserly old man in a wheelchair who is rumored to have hidden a fortune on remote desert ranch. There is just one problem, the man has two sons, both of which stand in the way of the girls getting what they want.

‘Ladies and gentlemen, welcome to violence, the word and the act. While violence cloaks itself in a plethora of disguises, its favorite mantle still remains… sex. Violence devours all it touches, its voracious appetite rarely fulfilled. Yet violence doesn’t only destroy, it creates and molds as well. Let’s examine closely then this dangerously evil creation, this new breed encased and contained within the supple skin of woman. The softness is there, the unmistakable smell of female, the surface shiny and silken, the body yielding yet wanton. But a word of caution: handle with care and don’t drop your guard. This rapacious new breed prowls both alone and in packs, operating at any level, any time, anywhere, and with anybody. Who are they? One might be your secretary, your doctor’s receptionist… or a dancer in a go-go club!’

So begins Russ Meyer’s groundbreaking and highly influential Faster, Pussycat! Kill! Kill! where the ‘sweetest kittens have the sharpest claws’. Slightly ahead of its time, the film was a flop at the box office on its release; people were not ready to be exposed to sexy and violent women that went against all stereotyping of gender roles, just yet. Today is a different story altogether, and the film has gone on to  become an enduring cult classic, in turn inspiring countless filmmakers in its wake, and standing as a firm highlight in Meyer’s impressive cannon of American independent film.

Central to the appeal and success is the inspired casting of lead actress Tura Satana, as Varla, who exuded the spirit of Pussycat, in every fibre of her being. It is well documented Tura had a colourful life, making her perfect for the role of the noxious Pussycat Head Girl; she was able to channel her experience (and attitude) to create the uncompromising essence of her part . It is the attitude she carries, a strong sense of self-awareness, and her striking physical appearance, that brings depth to the piece that is unrivalled in anything else of its kind. It is Tura’s ad libbing, stunts, and general kick ass attitude that creates the edge, making the film’s energy so outstanding, even by modern standards. In giving Tura a free hand to give as much as she wanted to her performance, both director and star worked to create a world where female sexuality is a source of great power; something which went against the gender stereotyping that prevailed in popular cinema at the time. Relinquishing control was difficult for ex-military man Meyer, as a result it is not surprising that production stories are riddled with tales of Satana and filmmaker coming to blows. Meyer had to ultimately concede to his star, however, for the greater good.  Satana knew what she was doing, and no one could have been more perfect for the part.  The result caused confusion with audiences that were not quite ready for the unflinching depictions of violent women, Meyer was able to capture. Quoted in biography Big Bosoms and Square Jaws  (Jimmy McDonough (2005)–  Russ Meyer says ‘ for the first time we will see a woman kill a man with her bare hands- it just died, laid an egg’.. ‘people complained when I didn’t show Tura Satana’s big tits naked’.

The underplayed lesbian relationship between Varla (Satana) and Rosie ( Haji ) was also difficult for the audiences to stomach. While not overtly obvious, the subtlety is played out to make the audience aware these women do not need men and are very much capable of providing for their own needs. It is quite interesting that both women concerned had no idea of the relationship when they read the script, only discovering this subtext when they were well into shooting. Although daring in its motives, Meyer would wait for his next statement piece Vixen (1968) to fully explore lesbianism in graphic terms.

Right from the offset Faster Pussycat’s striking visual style slaps the viewer right in the face. We begin with a stirring speech made by a dramatic narrator, before being immersed in a scene where the three female leads go-go dance on stage for a bunch of leering sweaty men. This is all while the Faster Pussycat main theme by the Bostweeds belts out and the girls get down to shaking their stuff for the crowd. The aesthetic of this scene is quite remarkable, dutch angles, snappy editing, extreme close-ups of grotesque male faces, and upshots of the girls which enhance their physical assets; making them seem to tower over the poor fools in the audience. A very strong statement that sets up the attitude of the piece perfectly.

Back to the casting, alongside the inimatable Satana, is her gang of Pussycats: Rosie and Billie. The beautiful Haji (who became a Meyer staple) as Rosie , Varla’s lesbian lover, certainly does bring some exotic allure to the proceedings. While the blonde go-go dancing mad Billie, played by Lori Williams, shakes her hips and talks like a character from a surf movie for almost the entire duration; Billie is the most lighthearted of the characters in contrast to the black leather clad Varla and sultry Rosie. Williams already had a background in surf movies with Pussycat being something of a completely different experience to her; although Meyer’s tight direction ensures she does not look out-of-place and seems to have a lot of fun playing her role.

Less can be said for any enjoyment Susan Bernard, who played the girl-next-door-turned-hostage, Linda, got from her experience; the toll of playing a total snivelling wreck for most of the film becomes obvious as the part develops. Starting off chirpy and annoying, she is bullied into submission by the domineering Varla. The story goes, after applying to an ad for a ‘young all American girl who would look good in a bikini’ the 16-year-old Bernard was accompanied on set by her overbearing mother who seriously caused tension with some of the other stars; Tura being the main one. Tura later explained that it got to the point where it was her or the mother and issued an ultimatum to Meyer. With Bernard’s acting ability reportedly not being up to par and Tura unable to work with this in the scenes, she was encouraged by Meyer to give the girl a hard time. This obviously did the trick as Bernard spends most of her time on-screen blubbing with snot running out of her nose. Tura said later on, ‘ I couldn’t get any reaction from her, I couldn’t get her to give me what I needed to bring the part out y’know. So I had to literally make her hate me, and I did! I scared the living crap out of that girl!. Thankfully Susan came to understand the reason for her co-star’s behaviour,  reflecting on the role, she has stated ‘but that was all the role, so it was perfect. I was in the world of being afraid and disturbed almost! You know that was the world I lived in. The fact that this was really happening on the set somewhat gave me more impetus to keep going’. (Go Pussycat Go! (Arrow fims)

The locations help to secure the ambience. Working with the backdrop of the Mojave Desert Meyer’s cinematographer Walter Shenk makes fantastic use of this stark and barren landscape. Filmed entirely in black and white, Pussycat exudes retro cool from every orifice. The barren setting perfectly compliments the nihilistic tone of the film. Shenk makes good use of his camera to portray the Pussycats as 6ft tall and as physically powerful as their personalities; working in upshots and offbeat camera angles to convey a strange and distorted world . The shoot was gruelling for the associated cast, reflectors were employed on the sun’s rays to give a raw ambience to the lighting; this made for an extremely hot set. Adding to the physical hardship, most of the stunts and action sequences were performed by the cast members themselves. Satana choreographed the fight scene with Ray Barlow, later remarking she was afraid she would hurt him during shooting. Williams, who lied on her resume about knowing how to drive a car, had to learn on set for the race scenes and knock down a bit of liquor to get herself suitably lubricated to perform a scene where she is drunk at dinner. Under Meyer’s tight command, each actor was put through their paces to extract the best performance possible.

A film which has inspired many filmmakers and made cult icons of its associated stars- Tura Satana in particular- Pussycat is a forerunner for its generation. A bold move by Russ Meyer, a director known for making bold moves, but nevertheless a statement for its time that defied popular consensus. Packed to the hilt with punch, the film oozes 60’s sexiness, and cool, making it a must see for all fans of cult cinema. 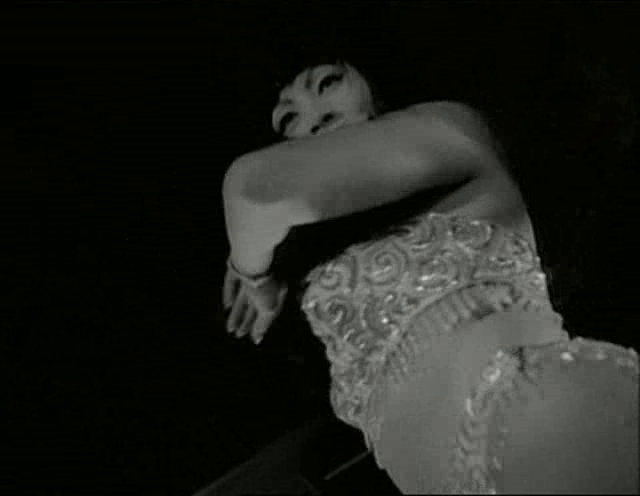 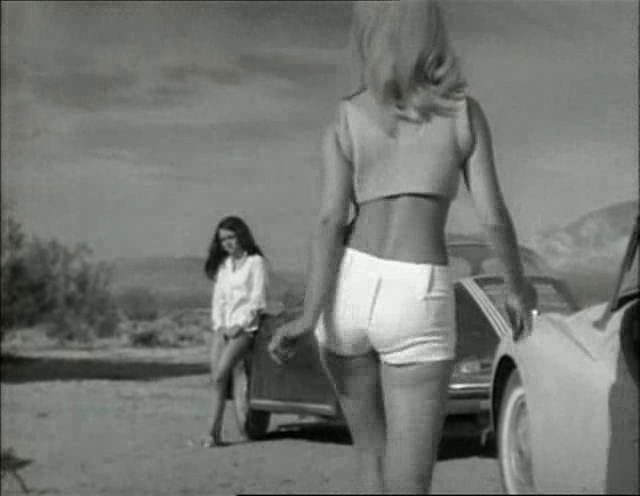 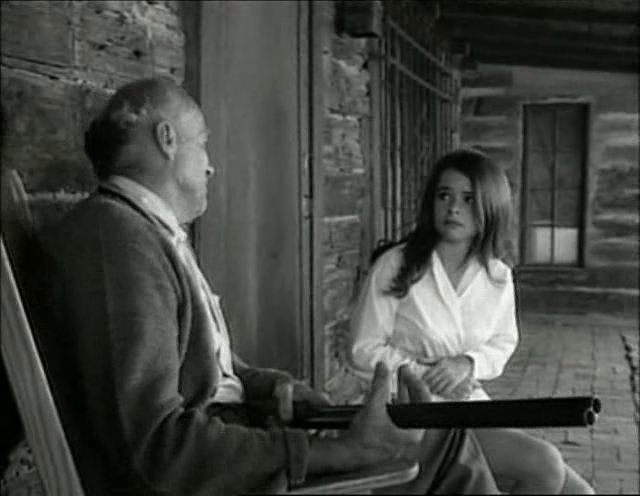 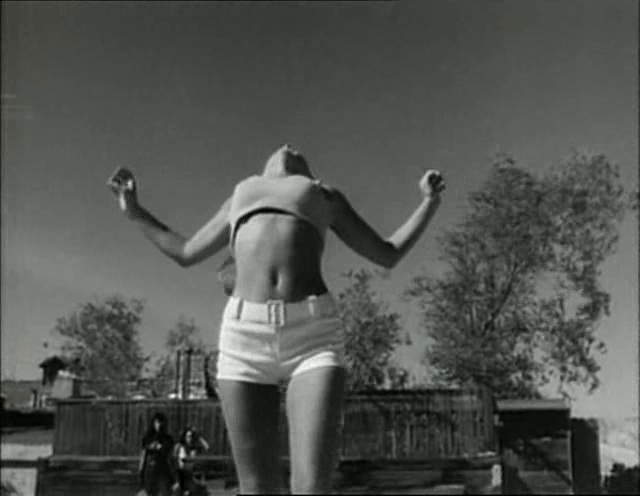