After discovering director Lindsay Shonteff’s gloriously degrading Night After Night After Night recently and being suitably impressed I decided it was time to set about visiting some of his other horror/exploitation ventures, and came across this early project Devil Doll, 1964. The story of a mercenary hypnotist/ventriloquist ‘The Great Vorelli’ ( Bryant Haliday) who tours around with his sinister side-show act, complete with animated puppet Hugo, trying to lure unsuspecting victims into his clutches. The moment I saw a doll was in it, and the opening shot shows Vorelli arrive at a London Theatre with his sidekick doll sat beside him in a taxi, I had wrongly assumed this would have some sort of connection to the 1978 Magic, however apart from there being a ventriloquist doll this is where the similarity ends. The plot is nicely paced to begin with and set up from the outset to show just how mean spirited and evil Vorelli is, as we follow him on his mission to seduce the wealthy Marianne Horn (Yvonne Romain, Curse of the Werewolf) by putting her into a coma, while her reporter boyfriend Mark English (William Sylvester) tries to get to the bottom of Vorelli’s mysterious past in order to save her.

Bryant Haliday’s depiction of the nasty and unflinching Vorelli was a joy to watch, played very much in the vein of a pantomime villain, he literally spits out the bulk of his lines like a venomous serpent. He definitely had that sort of sex pest edge that made him revolting and entertaining to watch. Less can be said for the performances of the supporting cast, brick headed reporter Mark English, who ironically was American, just had that overall generic good guy sort of vibe that did not really solicit any feelings one way or another. While Yvonne Romain as wealthy heiress Marianne Horn was likewise drab, although she looked glamorous, however given she spent most of the film in a coma you cannot really blame that on her acting ability as she was not given much to do. You did get the sense that Marianne was one of those terribly limp and ineffectual women who often turn up in classic horror films, the type who faint at the first sign of trouble and need a good slap round the face to snap out of it. The animated body of Hugo was played by Sadie Corrie who interestingly had a colourful career after this appearing with a number of small parts in bigger budget films like Return of the Jedi, Brazil, The Rocky Horror Picture Show and Chitty Chitty Bang Bang; Hugo was voiced by a male actor David Charlesworth.

Despite the grimy low-budget feel to this picture there are some surprisingly great stylistic choices in the way in which is it shot; a lot of the focus being on upshots and extreme close-ups of people’s facial expressions, as well as subtle touches in the focus and lighting, which is reinforced by the black and white format of this film. Instead of opting for a classical composition with all participants of a conversation being firmly mounted in the middle of the frame, this flitting between faces gives the piece a jarring, claustrophobic feel, especially noticeable in some of the scenes where people are engaged in intense dialogue. The same can be said for the choice to shoot a lot of the action from floor level, in particular Vorelli’s onstage antics, as you really get the sense of watching the story unfold from the point of view of an audience member in one of the hypnotist’s shows. Cinematographer Gerald Gibbs also  worked on Hammer’s Quatermass 2, and X the Unknown, the latter also having a very strong visual quality which rises above its low-budget constraints.

There are some wonderful sleazy elements snuck in amongst what at first glance appears to be a run of the mill classic horror, which surprised me as for some reason I did not expect to see them there. One such moment involves a poor unsuspecting female audience member who is called up on stage and inadvertently performs a rather strange striptease dance, in front of a packed out leering crowd, while under the influence of Vorelli’s strong hypnotic powers. There is not a lot of blood or gore to speak of (and there is murder), Devil Doll relies on the psychological and in that respect it is very much a product of its time, despite the rapey undertones, and murderous scenes there is little that is particularly explicit.

Very much like Shonteff’s Night After Night After Night I did enjoy the more degrading aspects of this film, the black and white print gave it an overall dirty retro feel and the themes contained were dark and seedy. The shots on stage, especially the striptease, or more specifically the bizarre nature of it were most definitely high points, as was the composition of the shots; looking up on to the stage, looking down to the contorted  audience members faces, added a strong voyeuristic feel.

One thing I could not escape was the doll Hugo’s striking resemblance to former British Prime Minister Tony Blair, unfortunate because it took something away from any impact that the creepy little marionette could evoke. On the other hand despite this it could also be seen as a plus in some respects because it did provide some unintentional comedy, regardless of the fact that this realisation completely undermined any tension to be had. Apart from this my other grumble would be that the pacing was a bit hit and miss at times, with large segments of dialogue and then not very much happening, so I found my attention did start to wander off here and there at certain points in the film. It starts out delving right into the action, then loses its way for a while. However the plot does get there in the end, I am happy to say, and the ending was fun, although not as striking as I think the makers hoped it would be. Finally my last lament would be that Devil Doll lacked the snappy dialogue of Night After Night; some of it was quite wooden, pointing out the obvious and became mildly tedious after a while.

Despite its obvious flaws Devil Doll was an entertaining piece and well-constructed in parts, with a cool retro stylistic edge. Let down slightly by the script and the pacing, and of course that awful looking doll, it did make up for this in other ways, most notably the sleazy vintage feel and stand out performance of the evil hypnotist Vorelli. On the whole I would have to say I enjoyed it, but I would not put this into any ‘lost classics’ category just yet. I would recommend it though to anyone who enjoys their classic horror with a bit of a seedy edge. 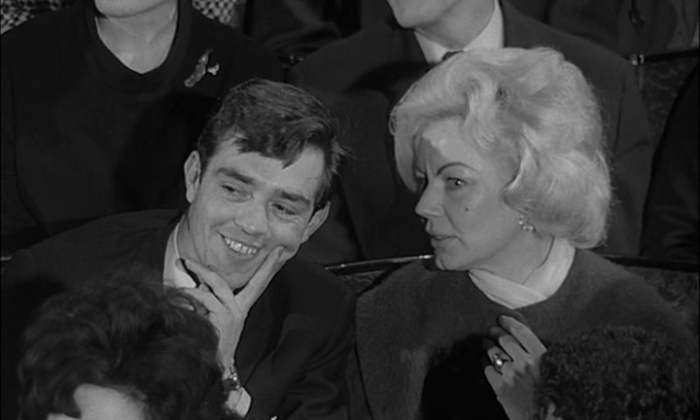 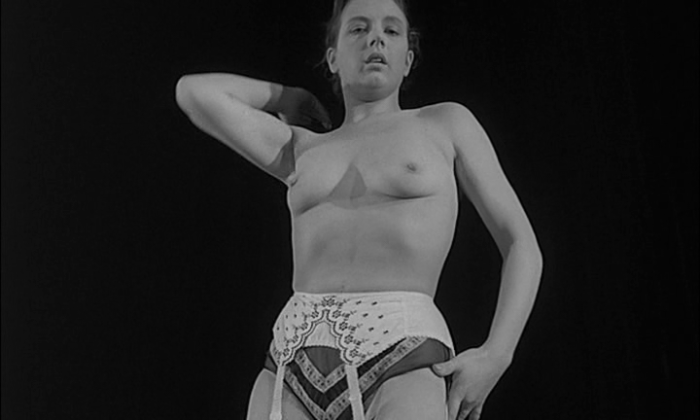