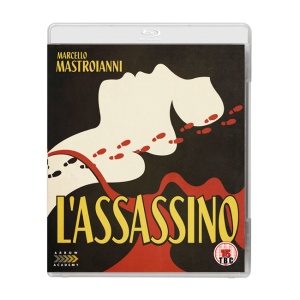 Italian director, the late Elio Petri, is probably one of Italy’s best keep secrets. A wildly gifted and criminally underrated filmmaker, Petri is known to western audiences mostly for his Academy Award Winning Investigation of a Citizen Above suspicion (1970), and the hyper-slick -sci-fi goes 60’s vogue- styled thriller The 10th Victim (1965). While both these examples provide high-quality cinematic experiences, this was just the tip of the iceberg when it came to the bulk of Petri’s work- most of which has yet to find distribution outside of Italy. Although not a hugely prolific filmmaker, when compared to some of his contemporaries, Petri did produce a respectable amount of films- all of which were outstanding in their own ways. Now Petri’s debut feature length film L’Assassino, in available on dual format DVD/ blu-ray combo- for the first time in the UK- thanks to Arrow Films (Arrow Academy). One would hope this will open the door for more of Petri’s films to find their way into distribution outside of Mainland Europe so they may be enjoyed by a wider audience.

L’Assassino aka The Ladykiller of Rome, is an interesting film, the premise of which surrounds what happens to a playboy chancer, and rogue antiques dealer Alfredo Martelli (Marcello Mastroianni) when he is arrested on suspicion of killing his older lover Adalgisa de Matteis ( Micheline Presle). Given Italy’s history with the giallo, and also police procedural thrillers, one might expect this film to revolve around such matters. It does to a point, but in the capable hands of Petri and his screenwriting team- Massimo Franciosa, Pasquale Festa Campanile, and Tonino Guerra- it becomes something much more. For those versed in the director’s work L’Assassino demonstrates the setting down of some of the themes and motifs that would become rife in his later output- existential crisis, sexual politics, fatalistic/pessimistic overtones, alienation and criticism of authority – themes that continued for the rest of his career in film. What begins as a simple murder mystery quickly becomes a study of a man and his moral code; an exploration of his relationships, woes, and misgivings. As the story travels on this path, the murder begins to take second place to the questions surrounding the character of Martelli. The police are depicted as already having made up their minds about Martelli, unwilling to listen, the protagonist is put through a vigorous process of questioning where every aspect of his life is examined. In turn, he begins to question his own life choices when put under the spotlight; apparently feeling remorse for some of his previous actions he has made- philanderer, a con artist, a bad son, bad lover, and so on and so forth. Although underneath it all one thing that comes across from the performance is that he appears to feel more pity for himself than for his late lover Adalgisa. The audience unravels the story through a series of flashbacks that are played out with the aid of Martelli’s narration. The question here is can his version of events be trusted, and is he really willing to repent on his former sins and make a change in light of recent events? The final scenes do seem to leave some ambiguity surrounding this note. 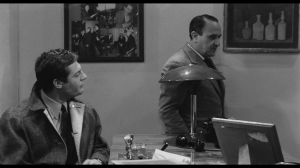 Marcello Mastroianni is compelling in the lead role of Martelli. Swaying back and forth from pitiful, to playful charmer, to pathetic individual, and cold and callous manipulator, his performance is all encompassing. It is not surprising Petri would return to use him again- as the lead in The 10th Victim (1965), and again for Todo Modo (1976). Likewise, Salvo Randone as the head of the investigation Comissario Palumbo provides the perfect dynamic for Mastroianni to bounce against- a stoical strong arm of the law, Palumbo is unswayable when it comes to getting the truth out of Martelli. Another highly skilled actor Randone would feature as the lead in Petri’s second feature, the pessimistic, and darkly comic, I giorni contati ( Numbered Days) (1962) – incidentally the script for this sophomore effort was also written by screenwriter Tonino Guerra. L’Assassino is a film that does not contain a large amount of action, but provides dense and highly gripping character based scenes; most of the ‘action’ revolving around Martelli and his various interactions with those around him. Micheline Presle as lover Adalgisa gives a capable performance, and one that is indicative of many of the female characters who populated Petri’s work- a strong woman, very much in charge of her own destiny, Martelli is forced to play Adalgisa’s game to get what he wants. This is a theme that cropped up in some of Petri’s other films- the male cuckold to his dominant female counterpart- examples of which can be seen in Il maestro di Vigevano (1963), The 10th Victim (1965), We Still Kill the Old Way (1967), and The Working Class Goes to Heaven (1971).

Having only ever seen this on a badly copied fansubbed TV VHS copy, it is a real treat to see this on blu-ray for the first time. The process was given a 2K scan from an original camera negative, with additional footage sourced from a first generation interpostive- the results are nothing short of fantastic. Presented in high definition 1080p, the detail is strikingly clear. The moody black and white cinematography is presented with a beautiful clarity, and it does give the opportunity to enjoy some of the wonderful set pieces on offer as the filmmaker originally intended. The print comes free from distracting flaws; showing evidence of  neither organic or  artifacts which have been picked up as part of the restoration process. The sound has been remastered from 35mm negative, presented in Uncompressed Mono 2.0 PCM; it is clear and free of distortion. The balance between the dialogue and sultry jazz soundtrack which accompanies the piece are well mixed.

The disc does not come overladen with extras, but given the lack of available material on Petri anything can be considered a bonus. The film is accompanied by an introduction Elio Petri and L’Assassino, by Italian cinema expert Pasquale Iannone. There is also a documentary Tonino Guerra: A Poet in the Movies, directed by Nicola Tranquillino, the piece looks at Guerra’s life and work with some of Italy’s most famous filmmakers- including his work on two of Elio Petri’s films.

Also included is the original trailer.

The accompanying booklet provides valuable writing on the work of the director, written for this edition by Camilla Zamboni. As well as some of Petri’s own writing from the time when he served as a critic for Italian Communist journal Citta Aperta (Open City), giving his own thoughts on the state of the Italian film industry. The booket is illustrated with archival stills and also provides some original reviews of L’Assassino from notable press sources around the time of its release.

If you are not already familiar with the work of Elio Petri now is the time to start your exploration into the cinematic world of a true Italian Maestro. For existing fans, this new transfer provides a beautiful format to enjoy Petri’s work as never before. Dark, gripping, L’Assassino is proof of just how talented a director Petri was; the film setting some of the themes he was later to develop as his career progressed- a career that was sadly cut short too soon when the director died in 1982 aged only 53. Gripping performances from all involved, but especially Marcello Mastroianni and Salvo Randone. Check out the Arrow official site for more details on where to buy here. 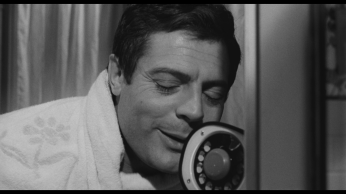 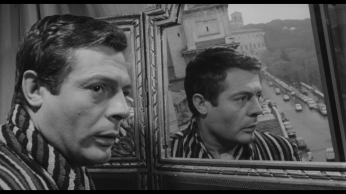 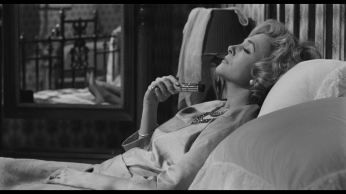