Moving on through our journey into Arrow’s series of Walerian Borowczyk releases, we get to the director’s first full-length live action feature in colour- Blanche (1971). Borowczyk moves away from the quirky fantasy of Goto, Isle of Love (1969) into somewhat new territory- apart from the similar fatalistic overtones in the central story arch-, with this his sophomore feature effort. The result is something that feels far more mature, thus mapping a distinct progression for the filmmaker. As mentioned in the previous review (here) if Goto could be considered Borowczyk’s Macbeth, then Blanche is his Romeo and Juliet. This is not, however, in any literal sense, but the story does use the main themes of love, family duty, honour, as a vehicle for tragedy to occur.

What differs in Blanche from the bulk of the director’s other work is the approach to building up the narrative,( the plot being based on Juliusz Słowacki’s play Mazepa). The director is seen here almost abandoning his usual eccentric dark comedy, and bold visual flourish, to instead allow the focus to lie firmly upon the shoulders of the tight narrative and strong performances involved; although he does let some of his usual motifs slip through; animals, floral centrepieces, women bathing (this aside Blanche is scant on the nudity front). The set for this effort is softer in terms of design- in contrast to Borowczyk’s usual flamboyant stylistic statements-, consisting mainly of a medieval stark grey castle and uncluttered rooms. This aspect compliments the tone perfectly, working to aptly reflect the feelings surrounding the castle inhabitants, and also allowing for the performances to shine through without unnecessary window dressing. That is not to say that Blanche is not a beautiful film, or not at least as beautiful as the rest of the director’s work. In the director’s skilled hands the opposite occurs, making this one of Borowczyk’s most enchanting pieces of work; maybe even painfully so in some respects, given the tone of the storytelling involved. 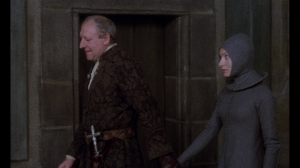 If the film bears any direct comparison to any of the director’s other work, it would be the short, Rosalie (1966). Both films not only sharing the same lead but also adopting the same softly, softly approach as the narrative begins. Both are layered in shattered innocence, and sadness, and are equally as resonant in delivering their punchline. Branice is compelling, using wide-eyed innocence as a vehicle to draw emotion and sympathy with Blanche, just as she does in Rosalie. On this note it is worth mentioning that in the extras package which accompany this release Leslie Megahey talks about the relationship between the two films, setting the context in the scope of the director’s wider career. This inclusion offers some worthwhile material for those who wish to gain a deeper understanding of the piece. As with the rest of the series Arrow have done a fabulous job not only delivering the films in beautifully restored versions, but allowing the extras provided to give an immersive experience into understanding the director and his cinematic canvass.

The story concerns itself with a nobleman and his child bride, second wife Blanche. Blanche devotes herself to being a faithful wife, and stepmother to her grown up step son Nicolas (Lawrence Wilson), in the process apparently living out a chaste existence of servitude and isolation from the wider community. When The King (Georges Wilson) and his page Bartolomeo (Jacques Perrin) visit the castle their arrival acts as a catalyst for a series of events to spiral out of control resulting in a devastating conclusion for all those involved. The story takes on a dark-hearted tone, despite its relatively innocent looking façade and while not immediately gratifying, it could be argued that this is one of the director’s strongest narratives.

Branice, as Blanche, puts in a compelling performance as the duty bound wife stuck in a loveless marriage. The lead is so convincing in her role that it becomes easy to believe why all the men who cross her path become completely infatuated and wrapped up by her presence. Apparently unaware of her potent effect on the male members of the species, Blanche reacts to this attention with fear and suspicion. This carves out her character as a tragic soul from the outset, and one who couldn’t escape her predicament if she tried. In one of the opening scenes it is highlighted in a conversation that Blanche is like the beautiful dove she keeps caged in her quarters, imprisoned by her marital situation, with no means of escape. It is difficult to understand just why Blanche feels so duty bound. There appear to be little in the way of relations- sexual or otherwise- between her and her cantankerous and decrepit old husband The Master (Michel Simon). Instead The Master chooses to keep his wife locked away like a trophy, keeping her in a perpetual state of childhood- in the process denying Blanche the freedom to develop fully into womanhood. Simon’s performance is equally as strong as the lead, portraying a dark character in contrast to Branice’s on-screen child-like persona; Simon depicts a character filled with bitterness, suspicion, and pride who it becomes difficult to feel sympathy for as the plot develops. Lawrence Trimble as son Nicolas and Jacques Perrin as the naïve and headstrong page Bartolomeo, like the rest of the cast, put in solid performances, giving the opportunity for dual male heroic leads. While Georges Wilson as the nefarious King gives a good rendition of a selfish and cowardly character, again this is a character that can win little sympathy with the audience given some of his actions during the proceedings.

The print, in line with the rest of the releases in this series, is a beautiful restoration. Grain remains intact; colours are nicely saturated- although this isn’t a particularly colourful film- and detail presents as clearly defined with no loss as a result of the restoration process. The sound, in line with the quality delivery of this restoration, is well-mixed and demonstrates no age-related flaws or damage.

The disc comes with the following specifications and extra material.

All in all, this is another fantastic release from Arrow as part of their Borowczyk Collection. You can check out the Arrow official page for more details and information on where to buy here. 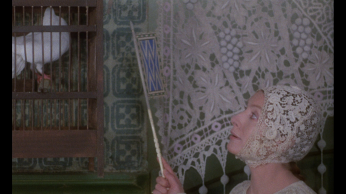 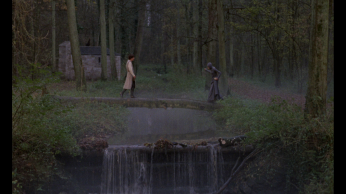 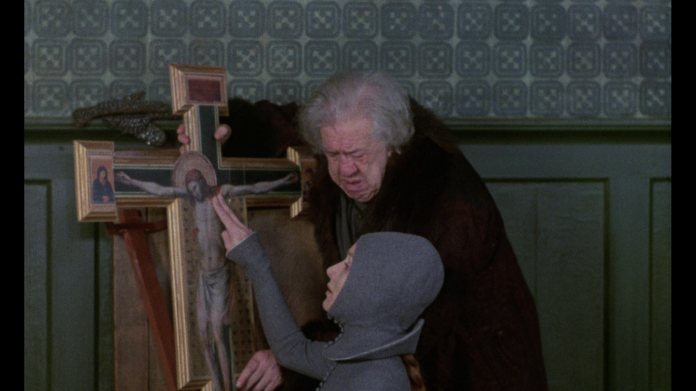